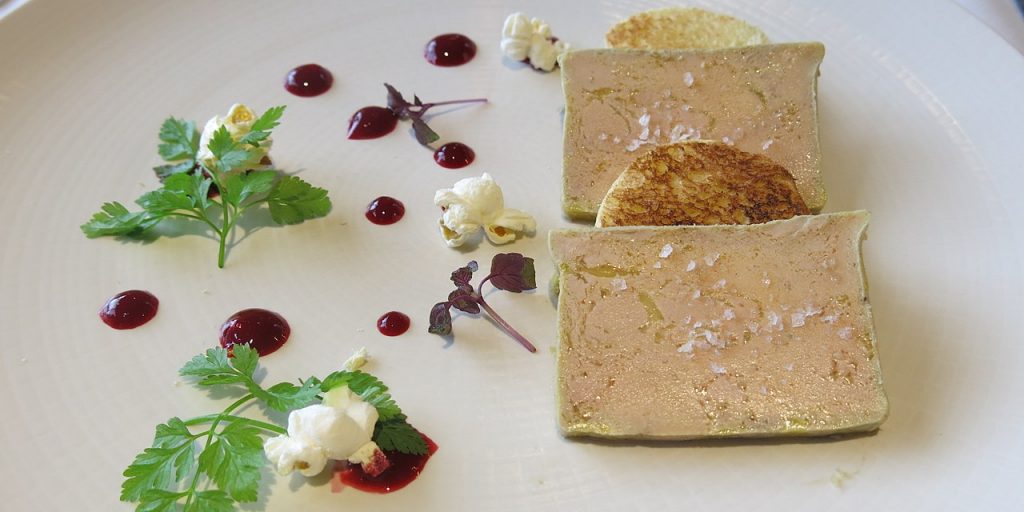 Starting in 2022, selling or serving foie gras in New York City will become a legal faux pas, due to a new ordinance that will ban the dish.

The New York City Council passed a bill on Oct. 30 that will ban grocery stores and restaurants from selling and serving the delicacy, CNN reports. The penalty is upwards of $2,000 for each violation after the bill goes into effect in 2022.

Animal rights activists that campaigned for a ban on foie gras — French for “fat liver” —  because production involves force-feeding a bird a corn-based mixture through a tube slipped down its throat, the Associated Press reports. The text of the bill notes that the food is made through force feeding, which it calls an inhumane practice, according to CNN.

“As a lifelong advocate for animal rights, I am excited that the council has voted to pass this historic legislation to ban the sale of these specific force-fed animal products,” New York Councilwoman Carlina Rivera told CNN.

New York chefs and foie gras producers cried foul of the bill, stating that foie gras is produced humanely, and that the ban is an assault on individuals’ freedoms, the AP reports.

“I think a ban on foie gras is ridiculous,”  Ken Oringer, co-owner and chef at Manhattan’s Toro tapas restaurant and a James Beard Award-winner, told the AP. “Food choice is everything and the beauty of our country is that we can make the choice to eat what we want to eat.”

“We will not let this restriction on New Yorkers’ freedom of choice go unchallenged in the courts, and we intend to file a lawsuit,”  Marcus Henley, manager of foie gras producer Hudson Valley Foie Gras, told the AP. Henley said that losing the New York market would be devastating.

Hudson Valley Foie Gras lost the California market when the state banned the food in 2012, the AP reports. The ban was challenged in federal court, but an appeals court upheld it. In contrast, a 2006 ban on the food in Chicago was repealed two years later.

Mayor Bill de Blasio’s office confirmed that the mayor will sign the bill into law and strike the coup de grace on the delicacy, CNN reports.