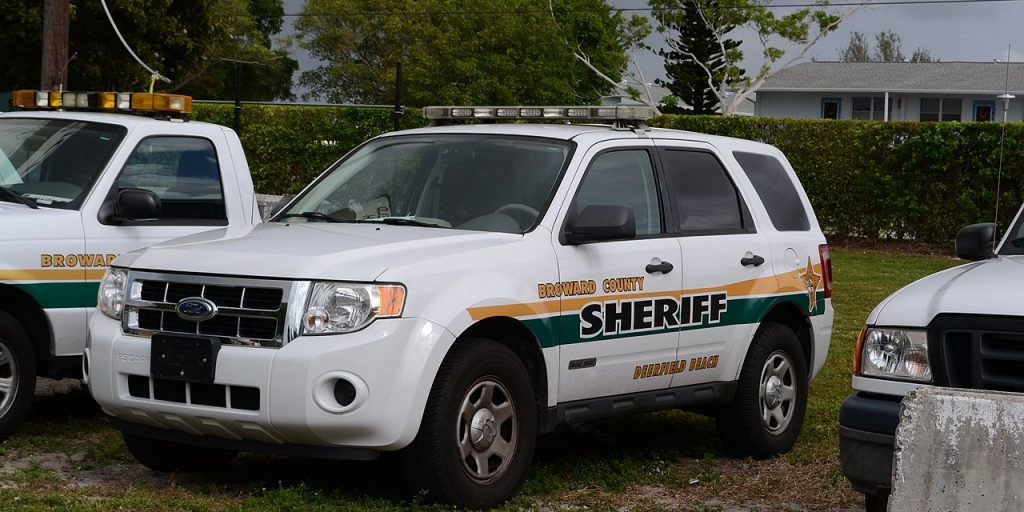 A Tamarac, Fla., city commissioner is being criticized for publicly denouncing a Broward County (Fla.) sheriff’s deputy for arresting him years before – an arrest the commissioner claims was unlawful.

The confrontation occurred at a Sept. 25 Tamarac City Commission meeting, at which several Broward County Sheriff’s Deputies were honored with the Deputy of the Month award, NBC Philadelphia reports.

Broward County Officer Joshua Gallardo accepted the award for the month of April for arresting a man wanted for murder in El Salvador, according to USA Today.

After Gallardo collected the award, Tamarac Commissioner Elberg Mike Gelin stepped to the podium and grabbed the microphone, according to the NBC station. He congratulated the officers and asked Gallardo to come back to the front.

“Joshua Gallardo, will you come down for a second? It’s good to see you again,” Gelin said, per Buzzfeed News. “You probably don’t remember me. But you’re the police officer who falsely arrested me four years ago. You lied on the police report. I believe you are a rogue police officer, you’re a bad police officer and you don’t deserve to be here.”

Gallardo nodded, stuck out his hand for a handshake. When Gein didn’t offer his hand, Gallardo gave a thumbs up and walked away, WFTV reports.

Court records show that Gelin was arrested and charged with resisting or obstructing without violence in July 2015, the NBC station reports. Gelin was apprehended due to recording police actions at a crime scene on his cell phone, but failing to follow police commands to move away from the area, USA Today reports. Gelin was not a commissioner at the time.

“I was profoundly affected by my wrongful arrest and the fact that nothing was done about it, made it even worse,” Gelin said in a statement to USA Today. “It was a traumatizing experience that I have played out in my head many times. I had a flashback and a flood of emotions came to me at the meeting and so, I spoke up.”

Local officials have not taken Gelin’s side, though. Jeff Bell, president of the Broward Sheriff’s Office Deputies Association called the move “outrageous” in a news release titled, “City Official, an Insult to Law Enforcement.”

“While I am a strong proponent of freedom of speech and did not give that up when I was elected, I am also a proponent of the right time and the right place,” Tamarac Commissioner Julie Fishman said in a Facebook post.

“I was embarrassed,” Tamarac Mayor Michelle Gomez said, per Buzzfeed News. “We were all shocked. Nobody expected this. It was a nice event to honor our BSO, our deputies.”