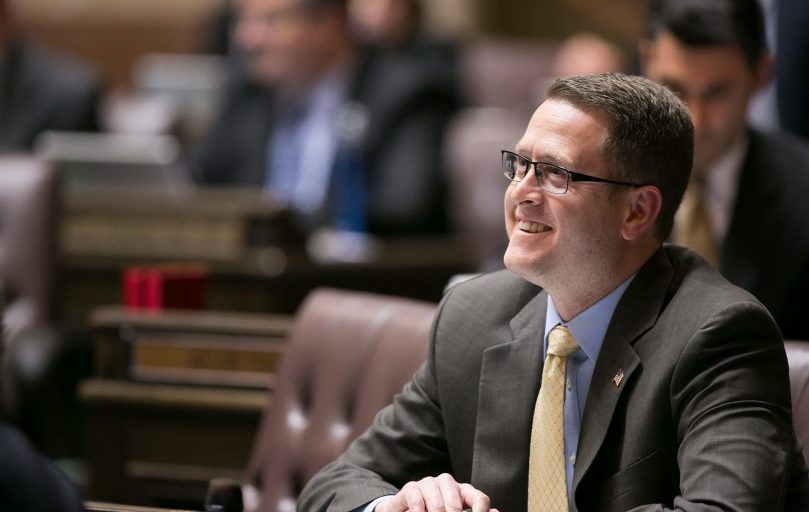 Local leaders in Spokane, Wash., are calling for a state representative to resign after reports emerged that he conducted surveillance on local council members.

On Aug. 18, the Spokane Spokesman-Review revealed that Washington Rep. Matt Shea (R-Spokane Valley) had tried to conduct surveillance on local progressive leaders, and that he had collected “intelligence” on three Spokane council members.

In recent years, Shea has also run so-called background checks on liberal activists, tried to buy GPS tracking devices and kept a blacklist of suspected informants in his network, the Spokesman-Review reports. He also sent out a list of the names and phone numbers of every law enforcement officer working in the state.

In light of the revelations, multiple local and state leaders are calling for his resignation.

“It is the duty of both law enforcement and elected government officials to uphold the constitution. It is clear by Mr. Shea’s conduct he more interested [sic] in promoting his own ideology than upholding the rights afforded to all citizens under the Constitution,” the Spokane Police Guild wrote in a Facebook post that asked for his immediate resignation.

Spokane Chief of Police Craig Meidl echoed the police guild’s stance in a statement of his own.

“Our government is of the people, by the people and for the people,” Meidl said, per the Spokesman-Review. “Rep. Shea seems to have lost these founding principles somewhere along the way when he advocated for illegal and inappropriate behavior against others. Serving others as a voice of the people, in line with our Constitution, is a privilege that his behavior would seem to indicate he no longer deserves.”

The Spokane chapters of the NAACP and the National Organization for Women have called for Shea’s resignation, the Spokesman-Review reports. Spokane City Council President Ben Stuckart referenced the former in a statement.

“I agree with the NAACP and call on every person running for office in our region and to denounce Matt Shea and his threats of violence and intimidation and ask for his immediate resignation or removal from office,” said Stuckart, who was one of the people on whom Shea compiled dossiers, according to local TV station KHQ 06.

Shea has also been linked to a Washington state group that trains young men in biblical warfare, MyNorthwest reports.