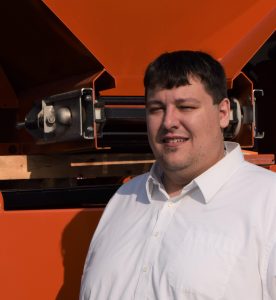 Our nation’s increasingly harsh winters demand an effective and affordable means of de-icing roadways in order to help us get around safely.  To date, the most viable solution continues to be sodium chloride (road salt).

The problem is that these chemicals make their way into the environment through runoff from rain, melting snow and ice, as well as through splash and spray caused by vehicles and the wind.  In recent years, as much as 22 million tons of salt have been spread on US roads (according to Smithsonian.com). That’s a lot of salt that can find its way into our environment.

Chloride raises the most concerns because it is completely soluble and very mobile.  It is toxic to aquatic life and impacts soil conditions, vegetation, groundwater, surface water, air quality and wildlife.  Chloride is not biodegradable.  Furthermore, there is no natural process by which chlorides are broken down, metabolized, taken up or removed from the environment.

When chlorides from road salt run off and find their way into lakes, rivers and groundwater sources, they can cause irrevocable harm.

According to an article on smithsonianmag.com, an estimated 40 percent of the country’s urban streams have chloride levels that exceed safe guidelines for aquatic life, largely because of road salt.  In 2014 already, the US Geological Survey (USGS) found that chloride levels were on the rise in 84% of the urban streams studied with 29% exceeding federal safety limits of 230 milligrams per liter for at least part of the year.

Long-term accumulation of chloride can influence the chemistry of the soil.  Through ion exchange, the salt stays within the soil and releases other ions such as calcium, magnesium and potassium.  According to the National Research Council, this changes soil permeability and alkalinity, making it difficult for the soil to retain water and contribute to plant growth and erosion control.

The National Research Council additionally warns that roadside vegetation can be negatively impacted by the absorption of chloride through the plant roots or by accumulating on the foliage and branches.  Signs of damage are similar to those brought about by a drought and include stunted growth, brown and falling leaves/needles and dying limbs.  Animals relying on such vegetation for food sources eventually find less to eat and can become ill from salt toxicity.

The technology exists to significantly reduce salt usage while actually improving the safety of roadways.  European countries with significant snowfall have been proving the feasibility of smart salt spreading technologies for decades.

In the US, the adoption of smart salt spreading processes has been slower.  Many DOTs and municipalities use a pre-wet ratio in which salt and liquid are mixed to improve efficiency and minimize the amount of salt that bounces or otherwise scatters off the road.  The average pre-wet ratio used in the US today is about 95:5 (5% brine).

In Europe, however, they have found that a pre-wet ratio of 70:30 (30% brine) yields superior results.  These results were presented in 2018 at the International Winter Road Congress.  According to the data presented, the super-saturated mixture does a better job of melting ice while using 30% less salt.  That’s less salt to run off the sides of the road and harm soil and water quality, not to mention the obvious cost savings.  In addition, since the pre-wet salt stays on the road better, safer driving conditions are created.

American technology and know-how are well-respected in many industries.  In the area of winter road maintenance, however, there are valuable lessons that can be learned by looking across the ocean to our European counterparts where higher standards for safety and environmental impact are being met year-after-year.

Seth Faber is the product manager for Aebi-Schmidt North America.  He was awarded a certificate of excellence in sustainable management and technology by the University of Illinois in 2013.