Examples of “tiny homes” - alternative dwelling options some experts argue could be a solution to a variety of issues. All images provided by the MicroLife Institute. 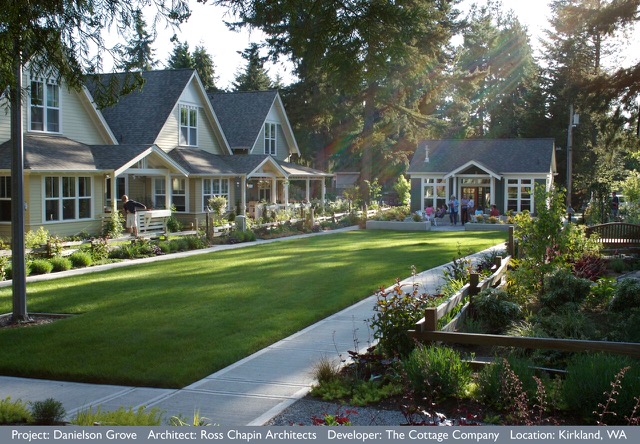 By rethinking the types of housing we provide, cities can create more accessible, inclusive communities

America is one of the richest countries on earth, and our leaders proudly boast this is a nation that offers “opportunity for all.” The common wisdom is that if you work hard and apply yourself, you’re going to succeed. Surely in a place of such bounty, no one could ever go wanting… right?

Los Angeles is one of our country’s great success stories. Measured by personal income growth, gross domestic product per capita, job creation, real estate prices, global trade and transportation figures, this west-cost icon has become the most productive of the five biggest U.S. cities, Bloomberg reports. By every metric available, the region seems to be thriving.

But that’s not the complete picture. The population of homeless individuals is Los Angeles is growing at alarming rates. The Los Angeles Homeless Services Authority’s most recent count concluded that the population of those without shelter in the region has increased by 12 percent from 2018 to 2019. This begs the question – in a community that’s booming, why are so many people sleeping on the sidewalks? 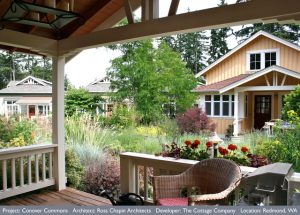 Steve Berg, vice president of programs and policy at the National Alliance to End Homelessness says that homelessness is a complex, multifaceted problem. As such, he says any meaningful policy to address the issue needs to come from a place of understanding and compassion.

There is an almost universal misconception in this country that homelessness is the result of a moral failure of the individual, Berg says. We tend to rationalize the problem by blaming the person. They are an addict. They are lazy. They are degenerate. While this may help the majority of the population conceptualize the problem in a comfortable way, Berg says it’s a complete mischaracterization of what’s really occurring.

“This isn’t a problem of individuals,” Berg says. “To say ‘if all the homeless people would just straighten up and get their acts together then there wouldn’t be any homelessness’ is just foolish. It’s ridiculous.”

What we’re dealing with, Berg says, is a very simple equation. If you have more people than homes, you’re going to have homeless people. Unfortunately, the people who will be most affected by this deficit are the most vulnerable. The addicts. The mentally ill. The economically disadvantaged.

Homelessness will never be eradicated by punitively and condescendingly addressing the problems of the individual homeless person, Berg says. If the problem is to be addressed realistically, a holistic, systemic change needs to be considered.

“There are two big things communities have to have in order to make progress on homelessness,” Berg says. “One – They need a crisis response system that finds homeless people. [You need to] keep them safe and get them into housing as quickly as possible… Two – you need an overall policy about affordable housing.”

It’s the second point, Berg says, that cities are failing on – too much of municipal leaders’ focus is reactionary. Housing, rehabilitating and reintegrating those who have become homeless is a very important effort, but unless city leaders start addressing the factors that lead to homelessness in the first place, no meaningful progress will be made, he said.

“Los Angeles has done a great job of moving thousands of people who are homeless back into housing, but for every one they move into housing three more lose their housing and become homeless again,” Berg says. “You can’t solve that problem [without] an affordable housing system.”

Far too many leaders are focused on “growth” at all costs Berg says. Economic development, job creation, commercial expansion – these are all very important metrics by which a community (and by extension – its leaders) are gauged. However, the most critical human factor is ignored. Leaders rarely ask themselves, “once we grow, where are we going to put all these people?”

“It’s hard to find a city that’s thoughtfully considered how much housing they’ll need for the people who live there now and who will be living there in the future,” Berg says. “You don’t see many places that have that kind of thoughtful, long-term planning on the housing issue.” 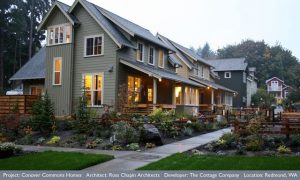 Will Johnston, executive director of the MicroLife Institute, believes alternative housing models – specifically smaller residences and denser communities – could be a potential solution to this issue. This isn’t to say individuals who are in risk of becoming homeless should be forced to downsize into a domicile they’re not comfortable in, but by generating more housing stock in this way, people would have more accessible options.

To that end, Johnston has made it his mission to educate people about the benefits of living in smaller spaces. “People need to understand what 500 square feet could actually feel like instead of thinking this [is a space] for someone who is poor or down on their luck,” he says. “There’s a huge stigma around small spaces.”

Ideally, Johnston hopes that city leaders and developers start taking small spaces seriously. He thinks that embracing this type of dwelling could not only solve issues of homelessness but promote walkability, sustainability and a greater sense of community – something he feels has been lost in our modern obsession with claiming as much space as possible for ourselves.

“We want to start changing the culture of how we think of space,” Johnston says. “We believe our success is tied to taking up space and filling it with stuff that doesn’t make us happy… thought leadership needs to be brought into our housing methods.”

Ted Terry, the mayor of Clarkston, Ga., thinks alternative models like these could help alleviate housing problems in his community, and he hopes the community he’s building can serve as a model for other cities across the nation.

His project, called “The Cottages on Vaughan” will include eight tiny homes on permanent foundations, ranging from 250-492 square feet constructed on a half-acre lot about a block away from downtown Clarkston, according to project materials. These homes will be the first cottage court in Georgia with residences under 500 square feet that will be available to the general public for purchase.

The cottages are a unique concept, but the project wasn’t given the green-light based on novelty alone.

“Almost 80 percent of Clarkston’s housing stock is rental,” Terry says. “[Through numerous community studies] one of the big needs we discovered… was that people would like to live in Clarkston long-term, but there aren’t enough home-ownership opportunities. So, we took a hard look at ways we could create housing agility.

This concept of agility Terry says, is rooted in the notion that a growing community needs to have a multitude of housing options available – not just apartments for the younger and poorer and houses for the older and richer.

This problem, Terry says, manifests due to exclusionary zoning laws practiced throughout the country. “Wealthier people tend to own bigger lots, and lower-income people – typically people of color – tend to be crammed into higher density, multi-family areas near industrial zones.” This problem, he says, is ubiquitous. 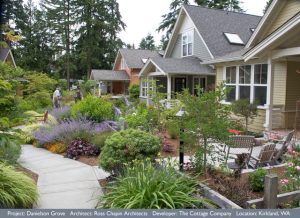 “Clarkston is in a very similar situation to Metro Atlanta, which is similar to a lot of metropolitan areas around the country,” Terry says. “There has been a systematic and systemic segregation of housing… [These issues] are exacerbating where the development is going.”

Terry says one of the biggest problems he sees in his community, in the greater Atlanta area, and the nation as a whole is that giant homes are going up and luxury apartments are being built, but no one is building smaller scale, more affordable residences. “What’s being built is completely out of reach for the vast majority of people who live in our communities,” he says.

What Terry says the Cottages on Vaughan is trying to showcase is the idea that you can build communities that are profitable from a developer’s point of view yet are still equitable and accessible to a wider variety of residents.

Ultimately, communities who provide alternative housing models – specifically ones that are more affordable – is an economic development initiative, Terry says. If your housing stock and zoning policies are exclusionary, you shouldn’t expect to attract younger, more innovative individuals.

Ultimately, homelessness is an upstream problem, Berg says. Although the issue is most visible when we see people begging for change on the streets, the root problem is a lack of affordable housing stock. He says as long as city leaders continue to focus on the symptom instead of the illness, the problem will never be solved comprehensibly.