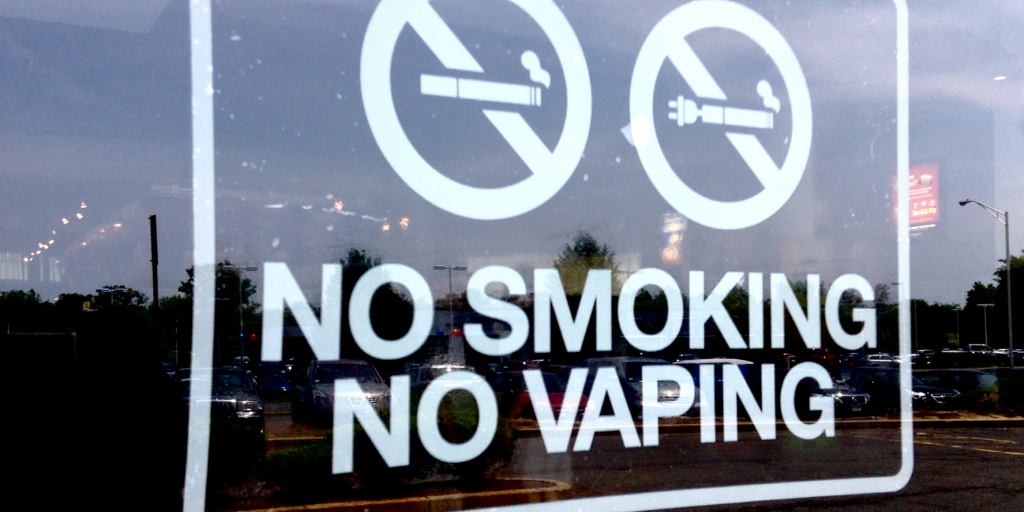 San Francisco has become the first city in the country to ban the sale of e-cigarettes despite opposition from local shops and giant manufactures.

Joining the ranks of other city officials trying to stem the tide of vaping amoung young people, Supervisor Shamann Walton introduced the legislation, which was approved unanimously, according to the San Francisco Examiner.

“We spent the ’90s battling Big Tobacco, and now we see its new form through e-cigarettes,” Walton said in a statement per the paper. “I am not going to put profits of Big Tobacco over the health of our children and our young people.”

Mayor London Breed signaled support for the measure in a statement, according to CNN. “I support the legislation authored by City Attorney Dennis Herrera and Supervisor Shamann Walton to suspend the sale of e-cigarettes in San Francisco until the Food and Drug Administration concludes a review of the impacts of vaping on public health,” said Breed.

London added, “There is so much we don’t know about the health impacts of these products, but we do know that e-cigarette companies are targeting our kids in their advertising and getting them hooked on addictive nicotine products. We need to take action to protect the health of San Francisco’s youth and prevent the next generation of San Franciscans from becoming addicted to these products.”

Many experts are referring to vaping as an “epidemic” among our nation’s youth. In a study released late last year, figures of high school seniors who reported vaping nicotine nearly doubled from 11 percent in 2017 to 20.9 percent in 2018, according to the National Institute on Drug Abuse (NIDA).

“Teens are clearly attracted to the marketable technology and flavorings seen in vaping devices; however, it is urgent that teens understand the possible effects of vaping on overall health; the development of the teen brain; and the potential for addiction,” Nora Volkow, director of NIDA, said in a statement. “Research tells us that teens who vape may be at risk for transitioning to regular cigarettes, so while we have celebrated our success in lowering their rates of tobacco use in recent years, we must continue aggressive educational efforts on all products containing nicotine.”

A second, final vote will occur next week. If the measure passes again, it will head to the mayor’s desk. After it’s signed, the ordinance will become effective in 30 days, CNN reports. The prohibition on sales is expected to be fully implemented in six months.

While some are celebrating, not everyone is enthusiastic about the ban. Opponents say e-cigarettes can help people stop smoking traditional tobacco products, and San Francisco’s Small Business Commission advised against it, citing a significant decrease in sales for local businesses, according to the Examiner. It’s likely the final say will come down to voters in November.

Juul – one of the most popular manufacturers of e-cigarettes – has contributed $500,000 to the Coalition for Reasonable Vaping Regulation, The Examiner reports. The group is gathering signatures to get a referendum placed on the next ballot.

“The prohibition of vapor products for all adults in San Francisco will not effectively address underage use and will leave cigarettes on shelves as the only choice for adult smokers, even though they kill 40,000 Californians every year,” said a Juul Labs spokesperson in a statement.

The statement went on to read, “[w]e will continue to work with local policymakers, small businesses, community leaders and adult smokers who have switched to vapor products to enact stronger regulation and enforcement rather than complete prohibition.”