A LGBTQ pride flag waves at a march in Chicago. Image by 5ukhotskaya / CC BY-SA 3.0 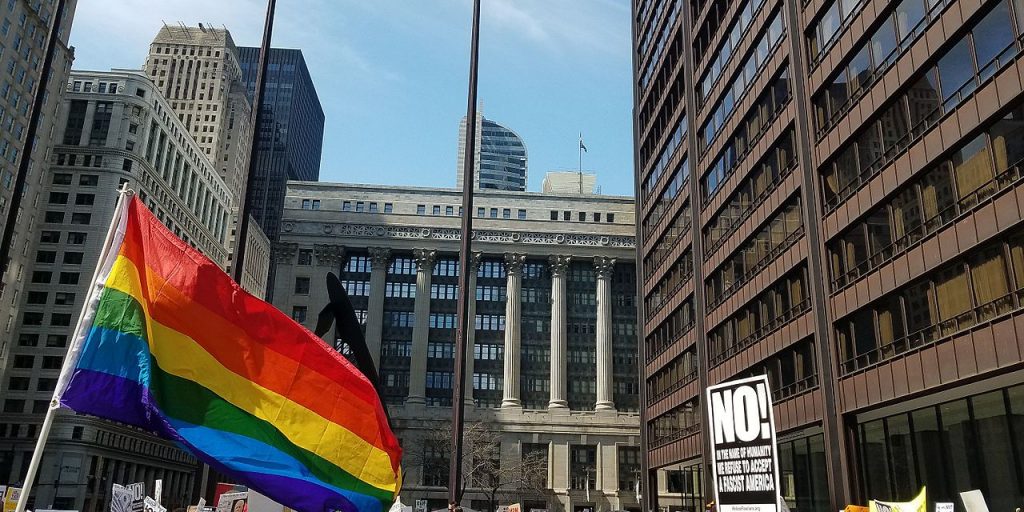 A North Carolina city mayor declared June 15th pride day to welcome the LGBTQ community, but all of the city’s council members expressed opposition to the idea.

During a Hendersonville, N.C., City Council meeting on June 6, the city’s Mayor Barbara Volk read a proclamation that declared June 15th as Hendersonville Pride Day, according to the Hendersonville Times-News. The designated day is the first of its type to be held in Henderson County, N.C.

“We, as a city, welcome the guests and residents who will gather to celebrate and honor the fight against discrimination and prejudice towards LGBTQ individuals during the inaugural Hendersonville Pride Day,” the proclamation states, per the Hendersonville Times-News.

With the proclamation listed on the council’s agenda, the city had announced on Wednesday that it planned to move the council meeting from city hall to the city operations center to accommodate an expected large crowd, the Hendersonville Lightning reports. Police made crowd control plans for the expected gathering.

The city council meeting was almost at maximum capacity 45 minutes prior to the council meeting, with supporters and opponents of the proclamation roughly split in half, according to the Times-News. Fifteen minutes before the session began, firefighters barred people from entering.

“I told her I thought it was divisive and out of place for that to be read,” Hendersonville Mayor Pro Tem Ron Stephens said, per WLOS.

“Why are you going to start singling out some groups for attention? I don’t know that it’s the government’s job to pick winners or losers and endorse certain lifestyles and ideologies. [Volk] didn’t bother to ask anybody about it and actually it’s created some heartburn for staff,” Hendersonville Councilman Steve Caraker said, per the Lightning.

However, the four council members said they support the rights of the LGBTQ community, the Lightning reports.

“But I just don’t think that is something that reflects the standards of Hendersonville to come out and celebrate what people do in their private life,” he added.