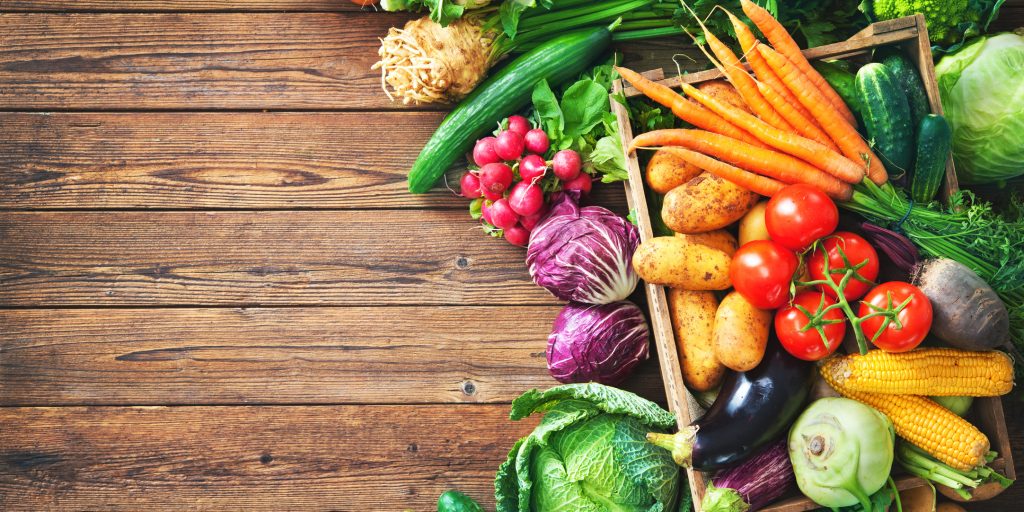 However, Hall-Harper has also lived with food inaccessibility. No grocery stores exist within her district in North Tulsa, which has a predominantly African-American population. Grocery stores have tried to open in the area, but they always end up failing, she says.

Instead, discount variety stores like Dollar General and Family Dollar abound in Tulsa’s District 1. These stores do not stock healthy options like fresh produce or fresh meats, according to Hall-Harper. She found that residents still buy their groceries there, but that a consistent complaint in her community was about its lack of a quality grocery store.

The absence of affordable produce, whole grains, low-fat milk and other food staples that make up a healthy diet in areas like Tulsa’s District 1 yields what the Centers for Disease Control and Prevention (CDC) calls a food desert.

The elimination of food deserts is a multi-faceted issue involving economics, health, transportation and geography. As such, governments are taking diverse approaches to improve food accessibility so as to eliminate food deserts in their communities. Many programs exist to promote healthy diets, but top officials have also worked to introduce various policies to address the issue.

Food deserts commonly exist in rural, low-income and minority areas, according to the CDC. Like Tulsa’s District 1, they can often contain few to no large food markets. Instead, they often feature lots of convenience stores where healthy options may be more limited.

Residents of low earning capacity or who lack transportation rely on these convenience stores for their grocery needs, resulting in diets deficient in healthy foods, according to a report from the United States Department of Agriculture (USDA)’s Economic Research Service.

For Hall-Harper, the problem isn’t the convenience stores themselves, but the sheer number of them within her community. “In my opinion, I felt that I had a just cause to show that they were proliferating [in] my community and causing an adverse effect to the people,” she says.

A 2015 THD study also served as one of the reasons she centered her eventual solution on zoning. That study showed a 13.8-year life expectancy gap between a wealthy south Tulsa zip code and an impoverished north Tulsa zip code between 2000 and 2002.

Hall-Harper ran for Tulsa City Council on a health improvement platform that focused on improving the quality of life in her community. So, when she was elected to the Tulsa City Council in November 2016, Hall-Harper spearheaded an ordinance that established a zoning overlay for north Tulsa called the Healthy Neighborhoods Overlay (HNO).

Within the HNO, a “small box discount store” cannot build a new store within a 1-mile radius of an existing small box discount store. The ordinance also reduces a grocery store’s minimum parking ratios to yield cost savings and incentivize grocers to come to the overlay’s area, she says. Moreover, community gardens in the overlay can sell produce grown in the lots rather than be forced to sell only at markets.

Hall-Harper encountered resistance from multiple city departments, the local regional chamber of commerce and other city councilors in getting the HNO establishment ordinance passed. Since being passed in April 2018 however, the HNO has essentially prevented other dollar stores from being established in Hall-Harper’s district. A grocer is also in the process of coming to her district, though she declined to reveal the grocer’s name.

However, the HNO is only in place for Hall-Harper’s district — the dimensions of the HNO was a major issue when the ordinance was being developed. “I don’t want it to be city-wide because here’s the problem: it’s not a problem in the white, affluent community,” she says. “[Dollar stores are] not proliferating in [that] community, so why put a policy, ordinance or overlay in place in a community where there’s not a problem?” 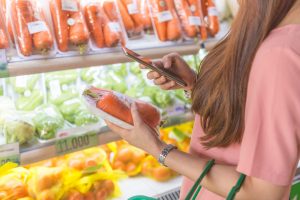 The Staple Foods Ordinance requires licensed grocery stores — which includes dollar stores, corner stores and gas stations — across Minneapolis to offer certain types and amounts of healthy, staple food items within categories like fruits and vegetables, dairy or dairy alternatives and animal or vegetable proteins, according to city documents.

They found that those factors appeared to be concentrated in pockets of lower income, predominantly minority areas — most of which exist in north Minneapolis. Feedback from community-based organization partners also informed city officials that users of those organizations’ services were concerned about the lack of healthy food options in their areas.

In its initial form, the Staple Foods Ordinance required grocers to stock staple food items in four categories, according to Klingler.

“It was the first and, for a long time, the only ordinance of its kind in the country,” she says. “It was a really good place to start, but it definitely was just kind of a bare minimum amount of healthy food.”

Over time, city officials have undertaken efforts to measure compliance with the ordinance, revise it and to educate shop owners on how to comply with it. In 2012, the Minneapolis Health Department created its Healthy Corner Stores program to work with corner stores and teach owners how to buy and handle produce, city documents show. Stores that participated in the Healthy Corner Stores program increased produce sales by 155 percent.

In 2014, the city significantly revised the Staple Foods Ordinance to bring requirements of grocery store inventories more in line with the USDA’s Special Supplemental Nutrition Program for Women, Infants, and Children (WIC) standards, Klingler says. That revision increased the requirements to 10 categories.

Health officials spoke with ethnic grocery store owners about cultural dietary preferences and ultimately revised the ordinance again in late 2018 based on those conversations. For example, although milk and cheese aren’t regularly consumed in certain Asian cuisines, the 2015 ordinance had separate required categories for milk and cheese, according to Klingler. The 2018 ordinance however, has a combined dairy and dairy alternative category that lets stores choose what to stock to meet their customers’ needs. In the new ordinance, required categories decreased from 10 to six, while officials tried to preserve required quantities and varieties of food, she says.

Klingler hopes that compliance rates increase as a result of the change. The city is also working with the University of Minnesota and other community partners to evaluate the ordinance.

But with only one other U.S. city — Passaic, N.J. — having a similar ordinance in place, Minneapolis is “kind of on the leading edge of figuring out if this is a policy that can really make a change in food access,” Klingler says.

“There’s not one strategy that’s going to solve the food access issues that our community is facing. So, we have to put together a layered approach and a variety of things to try to address this issue and work very closely with community partners who are also doing their own strategies,” she adds.

Currently, just 46 supermarkets serve Baltimore city’s population of 611,648, according to Baltimore City Food Policy Director Holly Freishtat. However, the city has taken a layered approach to addressing its food accessibility issues, too.

In 2015, the city introduced a personal property tax credit for grocery stores opening or making extensive renovations in areas that affect priority areas, Freishtat says. Under a year later, a supermarket opened while using that property tax credit, which affected 5,000 residents. The tax credit was amended in 2018 to lower the threshold for supermarkets that already exist but wish to renovate.

Other food policies Baltimore has enacted include extensive work with the federal Supplemental Nutrition Assistance Program (SNAP, previously known as food stamps) program, establishing a full-time position at the Baltimore Development Corporation that seeks to attract and retain grocers, improving nutritional content and length of time allotted to the Summer Food Service Program and creating a more structured system for regulating food trucks in the city, according to Freishtat and the Baltimore Department of Planning.

For Freishtat, food accessibility isn’t just about geography — it involves a multitude of root issues. So, the fight to eliminate food deserts is being waged on two fronts: addressing the root issues at multiple government levels, while also addressing food solutions.

“We’re not going to be able to feed our way out of this issue,” she says. “Food is a very important component, but why are people living in [food deserts], right? It comes down to poverty, education, structural racism that may have occurred historically. There’s many root causes, and food insecurity and food deserts [are] part of that system of root causes.”