The Atlanta skyline with a green area in the foreground. Image via Wikimedia Commons. 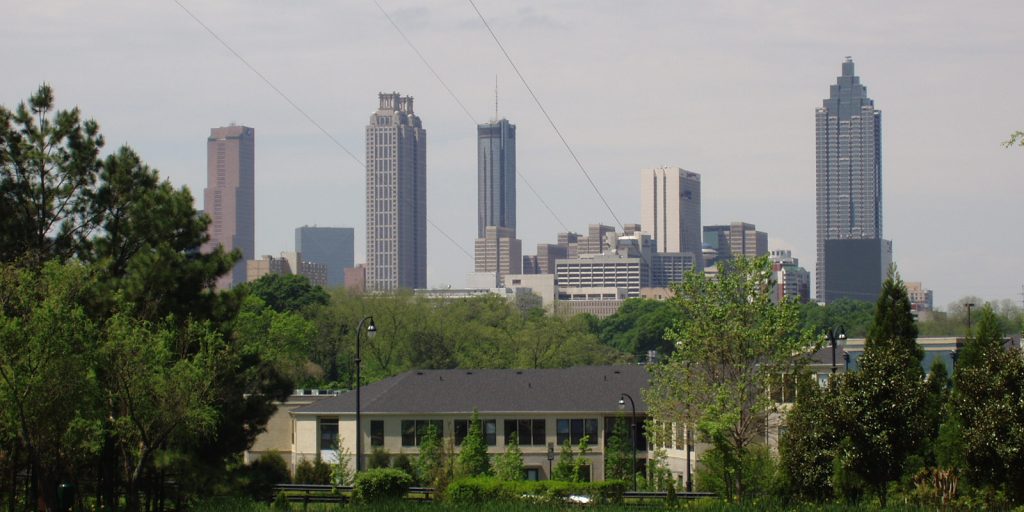 In an effort to improve access to fresh produce, Atlanta’s city council approved the construction of a “food forest” – the first of its kind in Georgia, and the largest of its kind in the country.

The 7.1 acre space – currently a vacant property – will feature fruit-bearing trees, shrubs and vines as well as various herbs and other fresh foods for visitors to gather without cost, the Atlanta Journal-Constitution reports. It will also boast walking trails, a community garden and a restored forest.

“The Browns Mill Urban Food Forest will not only provide a food source but help foster a connection to cultural and social history through planting and harvesting for years to come,” Carla Smith, who sponsored the bill for to establish the food forest, said per Patch.

The project is part of Atlanta Mayor Keisha Lance Bottom’s plan to make sure 85 percent of Atlanta residents are within half a mile of fresh food by 2021, the Journal-Constitution reports. According to the US Department of agriculture, in 2017, 36 percent of Altantans had to travel more than half a mile to get fresh produce.

This reduction of so-called food deserts will help with a variety of public health concerns including the reduction of obesity in both children and adults as well as the prevention of other serious, nutrition-related health disorders including diabetes and heart disease, according to the Food Empowerment Project.

The food forest been in the planning stages since November 2016 when the city accepted an $86,150 grant from the U.S. Forest Service Community Forest and Open Space Program, according to the Journal-Constitution. The federal agency has contributed a total of $164,000 to the project, which has additional support from non-profit groups.