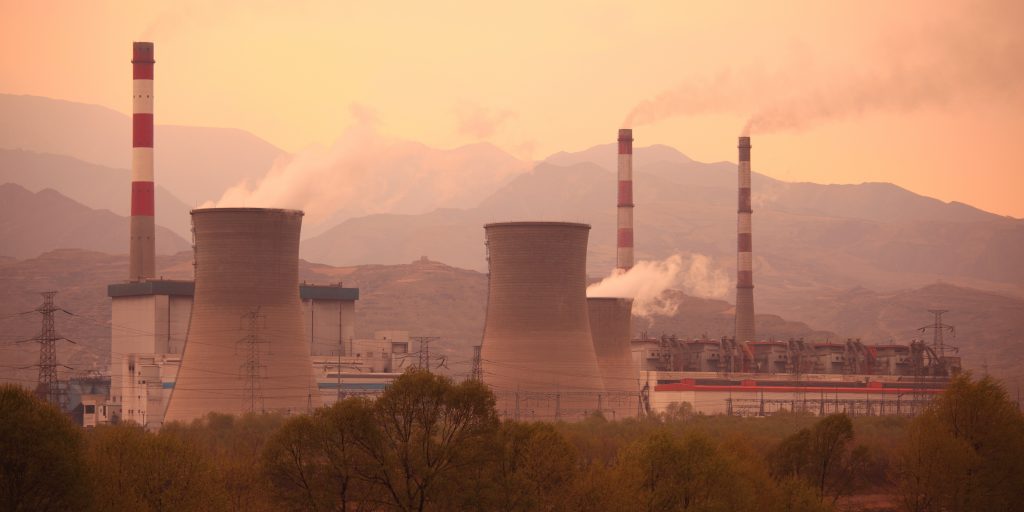 The global climate is changing, and if cities don’t do their part to lessen their impacts, the consequences could be catastrophic

The facts are clear. Climate change is occurring, and if left unchecked, it could spell disaster for many communities across the country and across the globe. Because of this, it’s critically important for city leaders to understand how climate change will affect natural systems as well as urban centers and commit to taking action against it.

Matt Fitzpatrick, an associate professor at the University of Maryland Center for Environmental Science released a study and interactive web application that can help city leaders visualize the impacts of climate change over the next 80 or so years by matching the expected future climate in 540 North American cities with the current climates of other location with the hope that this will offer a more relatable picture of what the future holds.

“We wanted to try to give people a sense of the magnitude of climate change in the future,” Fitzpatrick says. “We often hear numbers thrown around, like scientists expect the mean global temperature to go up three degrees Fahrenheit, or we expect some percent decrease or increase in precipitation or the number of hurricanes [will increase] or what have you. I think it’s hard to translate those statistics into something meaningful.”

Generally speaking, Fitzpatrick says on average, you’d need to drive about 500 miles south today to get to the climate you’ll be experiencing a generation from now. “The patterns vary from the eastern U.S. to the western U.S. and from the north to the south, but generally speaking on the east coast, all cities will get warmer in all seasons and getting wetter in all seasons,” he says. “As we move west… all the seasons will be warmer, but the precipitation patterns start to change such that some seasons are going to be dryer in the future than they are now – the seasonal distribution of precipitation is changing.”

At face value, this might not sound dire, but city leaders need to understand this doesn’t just mean you might need fewer fall sweaters and a bigger umbrella. They need to consider factors like the heat island effect – cities are usually hotter than their surrounding suburbs so the changes in temperature will be felt even more powerfully in urban centers. This will also significantly affect sea level changes, so coastal regions must start thinking about resiliency along their shores. It will also increase the frequency and severity of extreme weather events like hurricanes, floods and wildfires, Fitzpatrick warns.

There are many aspects of the design and layout of cities that reflect their respective climates, Fitzpatrick says. This includes everything from cooling demands for buildings to stormwater infrastructure. If these effects go unmitigated, we’ll have built infrastructure for climates in our nation’s cities that will no longer exist.

Perhaps a larger concern, though, is that we might be approaching a point of no return, Fitzpatrick says. Most climate scientists agree were still in a state where our actions can reduce the more catastrophic impacts of climate change; however, there are natural feedback loops that could be triggered if the planet gets warm enough that once started, we’d be powerless to stop.

For example, there are vast stores of carbon dioxide and methane gasses stored in the artic, which is warming at an unprecedented rate. “Think of it like a freezer,” Fitzpatrick explains. “If it gets warm enough, that carbon and methane will be released into that atmosphere, and that could potentially exceed our emissions.” Once that process starts, even our greatest efforts to reduce emissions would likely be inconsequential. We don’t have good models for what happens when you pump tremendous levels of greenhouse gasses into the atmosphere extremely quickly, but when we look to the past these rapid spikes are often associated with mass extinction events. “We’re toying with the fundamental systems that support life on the planet.” he adds.

So, what can leaders do to mitigate their communities’ impacts? David Miller is former mayor of Toronto and North American regional director and global ambassador for inclusive climate action at C40 Cities, a worldwide organization of the mayors of the planet’s largest cities that are working to prevent the most dangerous impacts of climate change. He says the responsibility is now on city leaders because of the lack of impactful global leadership at a national level.

“The voices of the mayors of the world’s cities together with the actions of those city governments can make a very real difference on climate change,” Miller says. “I think one of the reasons the C40 has been successful is because of the practical side of mayors. We have to deal with these changes, our administrations have to deal with these changes.”

There are two main ways cities are approaching the climate change problem – mitigation, meaning they are reducing their emissions and enacting more sustainable policies, and increasing resiliency, meaning they are working to adapt to the changes we’re already experiencing.

Action in both of these categories varies wildly from community to community from the electrification of fleets and using more energy efficient and sustainable building practices on the mitigation side, to the reshaping of coastlines and rewriting of building codes on the resiliency side, Miller says. These efforts are as widespread and varied as the communities enacting them.

Boston is one city that is being proactive in both of these regards. While the city has been tackling issues related to climate change for years, two initiatives in particular – Carbon Free Boston and Resilient Boston Harbor are addressing both mitigation and resiliency head-on.

On the effect side, Boston is working to make its harbor area more resilient. Spector says this is being accomplished neighborhood-by-neighborhood, looking specifically at the threats sea level rise pose for communities along the shore. Looking about 50 years into the future and planning for approximately 40 inches of sea level rise, Spector says they worked on a nearly block-by-block threat assessment and plan for action.

The results were suggestions for modifications to the shoreline, the redesign of waterfront parks and the restoration of marshes. Not only will these actions help protect coastal neighborhoods from sea level rise, Spector says, but it also increases access to the harbor area for more of Boston’s residents – the solution is both sustainable and equitable.

To address the causes, Boston has launched Carbon Free Boston, an initiative aimed at making the city completely carbon-neutral by 2050. These actions sweep broadly through the city but focus on four key areas: energy efficiency, facilities, transportation and waste. According to program materials, in 2016, Boston emitted 6.4 million metric tons of greenhouse gases. This is an almost 8 percent decrease from 2015. Boston’s 2016 emissions represent an 18 percent decrease from 2005. “[These reductions occurred] at a time when our population was increasing and our economy was growing,” Spector says. “Boston is just one example – and there are many others – that show that reducing greenhouse gas emissions, becoming more efficient in our use of energy, by moving away from fossil fuels, a city can continue to grow and thrive.”

Overall, Spector says you can’t think of climate action as its own individual silo. Climate action touches every single aspect of an urban community, and it needs to be made a priority in every single department – parks and recreation, public health, public works, and others. “In our climate work, we’re addressing the foundational elements of what makes a city work,” Spector says. “It’s a lost opportunity if we don’t bring all the greater concerns together when we address climate issues.”

But you don’t need to be a city the size of Boston to make a contribution to mitigating the impacts of climate change. In this regard, efficiency is the key component. Miller says regardless of a communities’ size, they can always find ways to run more efficiently, whether that’s in their fleets, in their facilities or elsewhere, there’s always room for improvement. And these small improvements will add up to major changes.

However, there are individuals who are unconvinced that humans are making an impact on the global climate, or that climate change is occurring at all. To those skeptics, Fitzpatrick says, “the data are what the data are.” He says you can either approach these facts honestly and with an open mind, or you can reject reality based on ideology alone. Being skeptical is fine, he says, but skepticism implies that an individual will willingly look at the evidence and allow that evidence to influence their conclusions. Unfortunately, he says some opinions will not change no matter what evidence they are presented with.

Miller agrees that it’s unfortunate this problem has become so politicized but is encouraged to see so many communities taking action. “There are very few outright climate change deniers in city government because they’re seeing the changes firsthand,” he says. Additionally, he’d say to skeptics that climate action almost always a net positive for the community.

“You can run energy efficiency programs that save money and create enormous amounts of well-paid jobs with relatively small incentive programs,” Miller says. “Even if you’re not on board with the underlying science with respect to climate change, there are significant economic, public health and other arguments that make it imperative to undertake these measures.”