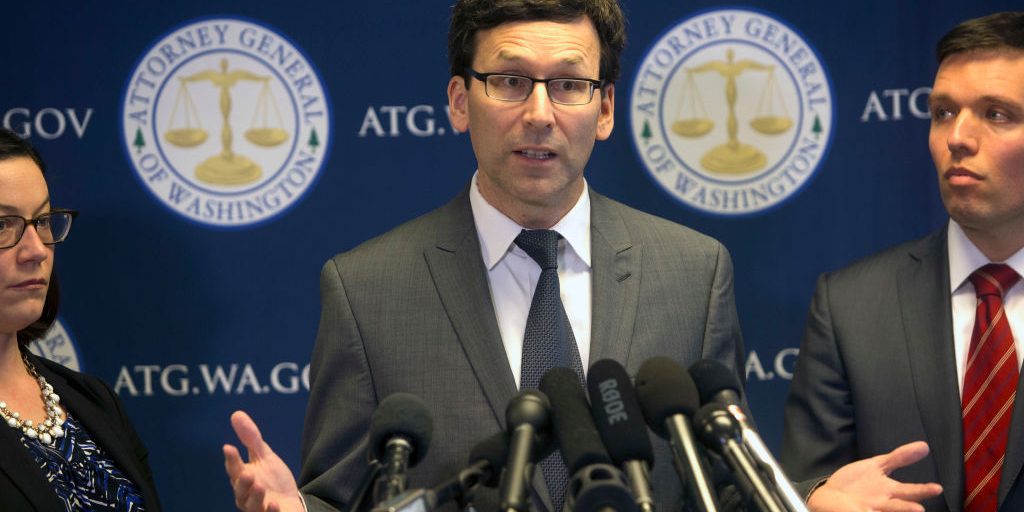 Some sheriffs across Washington are refusing to enforce a new firearm-related state law.

Washington Initiative 1639, which was passed on Nov. 6, raises the gun purchasing age from 18 to 21, adds background checks, increases waiting periods and imposes storage requirements, according to Ballotpedia.

As of Feb. 7, sheriffs in 20 counties have said they won’t actively enforce the new law, according to NBC Right Now.

“My job as a sheriff is to throw bad guys in jail, but it’s also to protect the constitutional rights of citizens of our county,” saidKlickitat County (Wash.) Sheriff Bob Songer, who said he would not enforce the new law, per the Seattle Times. “I follow the rule of law when I believe it’s constitutional.”

Seventy-six percent of voters in King County, Wash., supported the measure, according to the Times. King County Sheriff Mitzi Johanknecht announced her intention to uphold the new law in a statement.

“I took an oath to uphold the law,” Johanknecht said in the statement, per the Times. “As law enforcement leaders, we defy that oath and betray the public trust if we pick and choose which laws we will uphold.”

Some sheriffs, like Spokane County (Wash.) Sheriff Ozzie Knezovich, have voiced beliefs that the initiative is unconstitutional, but intend to enforce it, according to the Spokane Spokesman-Review. Knezovich accused the sheriffs who refuse to enforce the new law of “grandstanding.”

“This is too important of an issue to do that garbage,” Knezovich told the Spokesman-Review. “If these sheriffs really want to have an impact, get a hold of an attorney and file a lawsuit to stop this unconstitutional law.”

Washington Attorney General Bob Ferguson expressed a similar viewpoint. In a Feb. 12 open letter, Ferguson encouraged law enforcement officials who disagreed with Initiative 1639 to file a lawsuit challenging it or to try and change it. He added that personal views shouldn’t supplant the views of the people.

“Local law enforcement officials are entitled to their opinions about the constitutionality of any law, but those personal views do not absolve us of our duty to enforce Washington laws and protect the public,” Ferguson wrote in the letter.