A ship breaks ice on the frozen Chicago River on January 30 in Chicago. (Photo by Scott Olson/Getty Images) 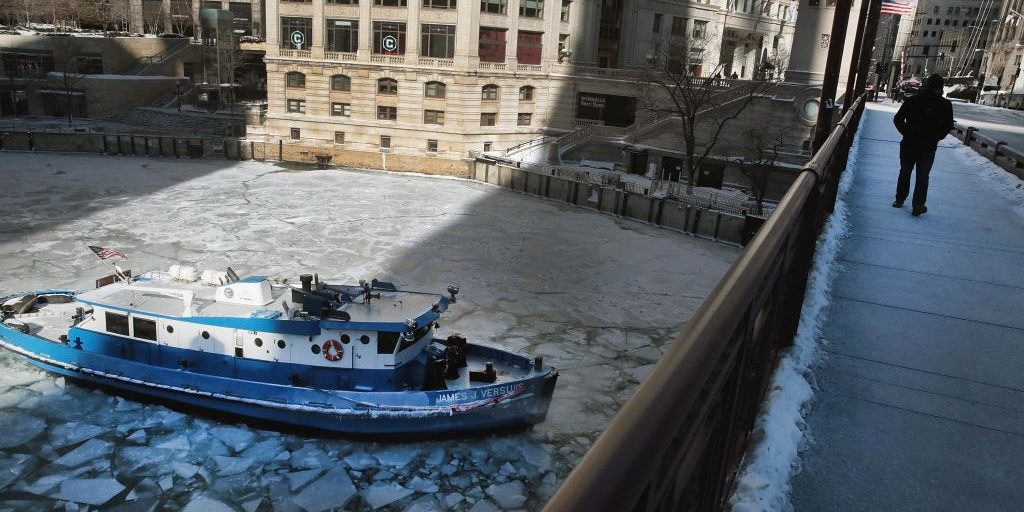 Numerous cities and counties are declaring states of emergency due to frigid temperatures across the country.

The National Weather Service (NWS) has described the polar vortex that is currently sweeping parts of the U.S. as “one of the coldest arctic air mass intrusions in recent memory,” NBC News reports. Temperatures in some areas could drop as low as -64 degrees, according to the BBC.

It’s so cold in some areas that the NWS in Des Moines, Iowa, advised those that must go outside to “avoid taking deep breaths, and minimize talking,” USA Today reports.

The weather on Jan. 31 in the Jasper County, N.Y., area was expected to include wind chills of -45 degrees and gusts of about 30 miles per hour, according to the Rensselaer Republican. Several commissioners signed a document declaring a state of emergency between Jan. 30 and Jan. 31.

During the state of emergency, citizens were instructed to “refrain from all travel, to comply with necessary emergency measures, to cooperate with public officials and disaster services forces in executing emergency operation plans and to obey and comply with the lawful directions of properly-identified law enforcement officers,” according to the document, the Republican reports.

Lansing, Mich., Mayor Andy School declared a snow emergency for the Michigan capital on Jan. 28, the Lansing State Journal reports. During such an emergency, non-essential travel on city roads is prohibited.

“People need to stay off of the streets so that we can clear them properly. City employees are working hard to keep roads safe,” Schor said, per the Journal. “We will do our best to keep main roads clear as the snow continues to fall, and will get to our side streets as soon as possible.”

“This storm poses a serious threat to the well-being of people around the state, and we will use every tool at our disposal to keep our residents safe,” Illinois Governor J.B. Pritzker said in a statement, according to Curbed Illinois. “This disaster proclamation ensures that the state of Illinois has the flexibility to effectively and efficiently respond to the needs of local governments during this extreme weather event.”