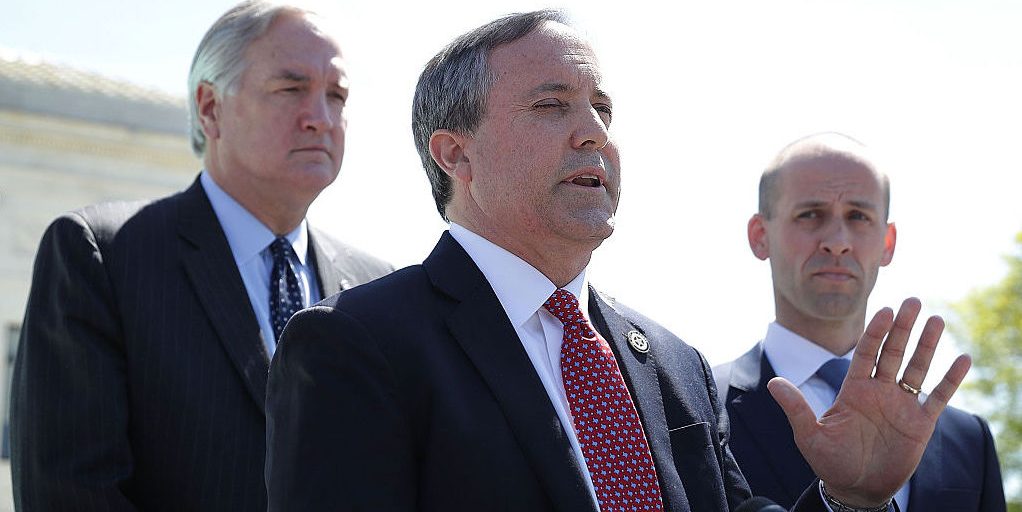 The lawsuit, filed in Travis County District Court, stems from a December 2017 event in which San Antonio police found a trailer carrying 12 people from Guatemala that were suspected of being undocumented immigrants, the Texas Tribune reports. The driver was charged with smuggling people.

Police interviewed the immigrants and ultimately released them without involving federal immigration authorities, MySanAntonio reports. San Antonio Police Chief William McManus justified the move by saying that his department didn’t block federal authorities at the scene, and that police had no jurisdiction to detain the individuals.

“A San Antonio police officer alerted federal immigration authorities, but Police Chief William McManus ordered the release of the immigrants in violation of Senate Bill 4,” Paxton said, according to the Dallas Morning News. “The immigrants were not turned over to Homeland Security despite its request.”

Signed into law last year, Senate Bill 4 (SB 4) — also called the sanctuary city law — allows police in the state to ask anyone they detain about their immigration status, the Dallas Morning News reports. If jurisdictions violate the law, they can be subjected to up to $25,000 fines.

The lawsuit against San Antonio seeks a $25,500 penalty for almost every day that the city’s immigration procedures violated Texas law, the Tribune reports.

“Senate Bill 4 guarantees cooperation among federal, state and local law enforcement to protect Texans,” Paxton said in a news release, according to Downtown Austin Patch. “Unfortunately, some municipalities, such as San Antonio, put the safety of police officers and the public at risk by defying state law.”

Paxton previously defended his decision, stating that the call was “situational, based on a fairly fluid situation on the scene,” adding that not every case would be handled in such a way moving forward,” MySanAntonio reports.

“While we need time to review the complaint, we are fully confident that neither the city nor Chief McManus violated the applicable provisions of SB 4. The attorney general’s characterizations of what happened that day are clearly aimed at furthering a political agenda,” San Antonio City Attorney Andy Segovia said in a statement, according to San Antonio TV station KSAT. “The city has a long history of cooperating with federal authorities and we will continue to do so.“