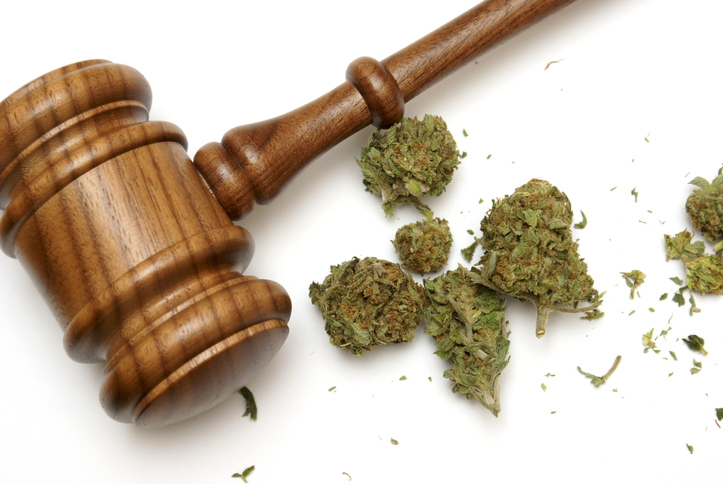 Northampton, Mass., Mayor David Narkewicz made history on Nov. 20 as one of two customers to be the first to legally buy recreational marijuana products in Massachusetts.

Narkewicz also voiced support for the business side of the marijuana industry, noting that treating marijuana companies like any other business would be key to destigmatizing the drug, the Boston Globe reports. “I’m proud to go to new businesses that create new tax revenue for the city and be there for their opening. I’m not going to act any differently because the new business happens to be adult-use marijuana,” Narkewicz said on Nov. 18, per the Globe.

The first person in line at the Leicester store, Stephen Mandile, is an Iraq War veteran, public radio station WBUR reports. Narkewicz, a U.S. Air Force Veteran, noted the particular importance of legalization to veterans. “There’s obviously been a lot of stigma around marijuana in this country. My fellow veterans who need access to this… this has been life-changing for them,” according to CBS.

The mayor bought a cannabis-infused chocolate bar for $24, Yahoo Finance reports. He voiced his belief that given the historic nature of the purchase, he would forego eating it and instead frame the bar. “People are giving me a hard time about that,” he admitted, according to Yahoo.

Mandile however, is unsure about what he’ll do with his purchase. “I didn’t even think of that — I was going to smoke it!” he said, according to the Globe. “I guess I should hang on to it. I imagine it has a lot of significance to a lot of people. It’s more than just a bag of flower.”

““Maybe I’ll put it right outside Charlie Baker’s office,” he said, referencing the Massachusetts governor who opposed marijuana legalization in 2016, per the Globe.