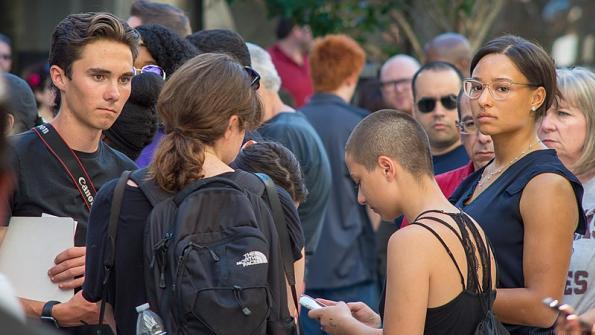 That’s because several American cities either have legislation on the table to lower the voting age in their jurisdictions to 16, or they’ve already passed such legislation.

Golden, Colo., is the latest city to consider the idea. In late August, the Golden City Council approved a measure to lower the voting age to 16 in local elections, which would make it the first city in Colorado to do so, according to Denver Patch.

Voters in Golden will decide on the issue on the November ballot, Patch reports.

“It’s an excellent opportunity for kids to become involved in the democratic process,” Golden High School Principal Brian Conroy told the Denver Post. “If we can help kids take part in the voting process, and understand the process, they’re going to do it.”

Washington is the largest municipality to consider the idea, the Washington Post reports. In April, D.C. Council member Charles Allen introduced a bill to lower the voting age to 16, which would allow up to 10,600 16- and 17-year-olds to vote in local elections as well as national elections.

Passing the bill would also mean that D.C. would become the first municipality in the country to allow minors to vote for president, according to the Post.

“At the age of 16, our society already gives young people greater legal responsibility. They can drive a car. They can work. Some are raising a family or helping their family make ends meet. They pay taxes,” Allen said in a statement, per American University radio station WAMU. “And yet, they can’t exercise their voice where it matters most — at the ballot box.”

The idea to lower the voting age to 16 isn’t unprecedented. Takoma Park, Md. and Hyattsville, Md. were the first two American cities to do so in 2013 and 2015, respectively, the Post reports. In 2016, such a measure failed in San Francisco but was passed in Berkeley, Calif., according to the Huffington Post.

Three Massachusetts cities — Shelburne, Wendell and Ashfield — have voted to change the voting age to 16, but the Massachusetts state legislature must sign off on the change, according to New England Public Radio. In January, the Greenbelt, Md. lowered its voting age in local elections to 16, D.C.’s Fox affiliate reports.