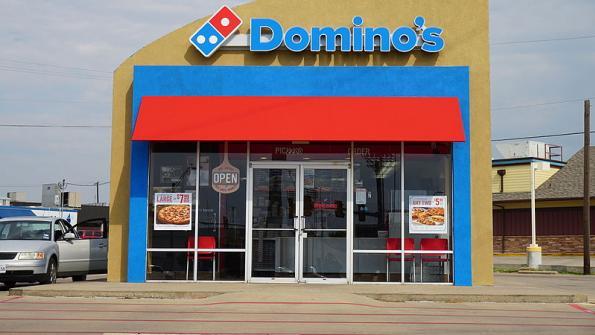 Over the past month, several cities have received funding from an unlikely source: food companies.

The companies have not asked these cities for much, either. Mayo, Fla., temporarily changed its name to Miracle Whip to receive $25,000 in beautification funds from Kraft Heinz, which owns the mayonnaise substitute, according to USA Today. The city revealed the name change on Aug. 25, with the new name emblazoned on its water tower. The unveiling coincided with a city-hosted picnic that featured foods made with Miracle Whip.

“We aren’t going to be boring Mayo anymore. We are going to be Miracle Whip!” Mayo/Miracle Whip Mayor Ann Murphy told USA Today. “I definitely think this will put us on the map.”

Miracle Whip videographers planned on filming residents’ shock at the name change, as well as efforts to get residents to remove mayonnaise from their homes, the New York Times reports. To maintain the secrecy surrounding the name change, the city council discussed the matter with Kraft Heinz in a closed session, which may have violated Florida’s Sunshine Law.

Regardless, keeping the secret would have been tough in the city of 1,500, Mayo Town Clerk Linda Cone told the Times.  “Everybody knows everybody. It’s been kind of difficult to keep everything under wraps,” she said.

Meanwhile, multiple cities across the country are getting $5,000 grants to fix their potholes, courtesy of Domino’s Pizza’s Paving for Pizza campaign.

“Potholes, cracks and bumps in the road can cause irreversible damage to your pizza during the drive home from Domino’s,” the company’s dedicated “Paving for Pizza” site reads. “… So we’re helping to pave in towns across the country to save your good pizza from these bad roads.”

Crispin Porter + Bogusky, an ad agency that works with Domino’s, first approached four cities for the Paving for Pizza campaign in January, Motherboard reports. After Domino’s announced the campaign in June, the company asked customers to nominate cities for the campaign, a Domino’s news release states. Customers submitted over 137,000 nominations from 15,275 zip codes across all 50 states, and Domino’s announced on Aug. 29 that it had extended the campaign to give a grant to one city in every state.

Domino’s is accepting nominations of cities through Dec. 31, according to the news release.

The $5,000 grants are going to cities of all sizes— as small as Havre, Mont. to as large as Milwaukee, according to various news sources. Paving in Wilkes-Barre, Pa. — one of the paving grant recipients — started on Aug. 28, according to the news release.

“Potholes in northeastern Pennsylvania are as prevalent as our region’s love for pizza, I’m grateful for Domino’s, for their pizza and for the assistance in patching our potholes,” Wilkes-Barre Mayor Tony George said in the news release.

“The money received from Domino’s was mixed with our regular spending on tons of asphalt that we use on a daily basis to fill potholes. So technically, virtually every pothole that has been filled recently is a ‘pizza pothole,'” Milwaukee Alderman Cavalier Johnson told OnMilwaukee on Aug. 22.

These sorts of grants aren’t unprecedented. In 1998, officials in the tiny town of Granville, N.D. changed the town’s name to McGillicuddy City for four years in exchange for $100,000 from the Sazerac Company, a liquor importer, the Associated Press reported in 2001. Granville had won a contest that Sazerac had put on to promote its Dr. McGillicuddy’s brand of liqueur. Contestant cities had to be sparsely-populated towns in snowy areas.

The AP reports that the city planned to use the funds to build a community center. Today, the Granville McGillicuddy Community Center stands on the city’s Main Street, according to Granville’s website.

“Yeah, we took some flak from people, that this was the town that changed its name for money,” LaDona Machowski, at the time a member of the Granville economic development board, told the AP in 2001. “But we’re still Granville on the map. It’s given us a lot of publicity. It’s been very good for business.”