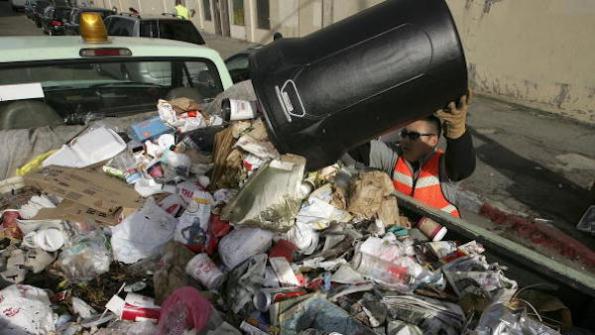 Oakland, Calif., is throwing multiple parties for its residents. The cause for celebration: properly disposing of large, unwanted junk.

Oakland, Calif., is throwing multiple parties for its residents. The cause for celebration: properly disposing of large, unwanted junk.

The city government is hosting three block parties as part of an initiative called the Bulky Block Party that will promote the city’s Bulky Pickup service, according to Oakland News Now. The service, which Oakland residents can use for no extra cost, lets them make appointments for their unwieldy items to be picked up curbside.

The three Bulky Block Parties, which will host food trucks and onsite music, will be held Aug. 25, Sept. 15 and Sept. 29 in locations throughout Oakland, according to SFGate. At each party, Oakland residents  — who will be required to provide proof of residence — can drop off unwanted items between 9:00 a.m. and 1:00 p.m. and get assistance, all free of charge.

“Oaklanders know how to turn anything into a party, and the Bulky Block Party is no different,”Oakland Mayor Libby Schaaf said in a statement, according to the East Bay Times. “Oaklanders should celebrate that they get to drop off their old mattresses, couches and bulky goods for free, but they should also rejoice that they’re helping to keep Oakland free from abandoned debris.”

Illegal dumping has been a consistent issue in the city, San Francisco Bay Area TV station KPIX reports. Trash pile pickup requests have nearly doubled over the past 10 years.

In addition to hosting the Bulky Block Party initiative, the city is placing high-definition cameras in common dumping areas,buying more trucks to respond to complaints and hiring a litter enforcement team that is expected to begin patrolling the city in the fall, according to KPIX.

“I want to thank the hardworking staff of Oakland Public Works and all our partners for going the extra mile to make the Bulky Block Party a successful event that serves our community,” Oakland Public Works Director Jason Mitchell said in a statement, according to the Times.

“We all love a party, but we also love a job well done,” Mitchell added. “With these events, our crews will deliver both.”