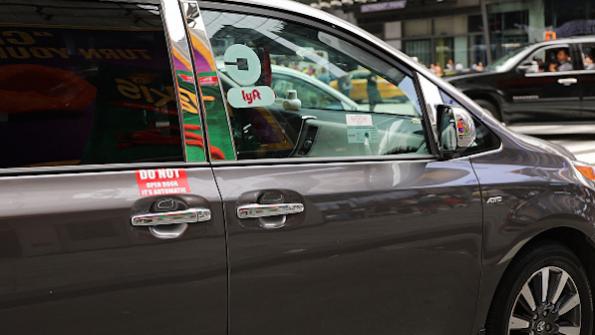 New York has become the first major U.S. city to cap the number of ridesharing vehicles that can operate within its limits.

New York has become the first major U.S. city to cap the number of ridesharing vehicles that can operate within its limits.

The New York City Council voted 39-6 on Aug. 8 to approve several bills that will affect how ridesharing, or transportation networking companies (TNCs) can operate in the country’s largest city, according to the New York Times. The package of bills includes a one-year moratorium on new for-hire vehicle licenses in the city, as part of an attempt to reduce congestion in the city.

Other passed measures let the city create a minimum pay rate for drivers, waive licensing fees for wheelchair-accessible vehicles and commissions a study on TNCs’ impact on local neighborhoods, Forbes reports. Part of the one-year moratorium’s purpose is to help the city in conducting such research.

Council members voiced support of the bill due to the effects that TNCs’ rapid growth has had on the taxi industry, the New York Daily News reports.

“This is about supporting and uplifting drivers, making sure they are paid enough to support their families,” Council Speaker Corey Johnson said, per the Daily News. “Our goal has always been to protect drivers, bring fairness to the industry and do our best to reduce congestion — or at least not add to it.”

Not all council members agreed, however. Council member Eric Ulrich (R-Queens) likened the bill to capping Netflix subscriptions to save legacy video retailer Blockbuster, the Daily News reports. “Technology changes. Society changes. The economy changes. This is a free market and we have to be able to move with the market,” Ulrich said.

TNCs like Uber and Lyft have publicly opposed the voted measures. Lyft Vice President for Public Policy Joseph Okpaku said that the new bills could make ride-hailing especially difficult for “communities of color” and those who don’t live in New York’s urban core, the Daily News reports.

Uber Spokeswoman Danielle Filson expressed skepticism that the move would decrease congestion but voiced resolve for her company to continue working with public leaders on rideshare-related affairs, the Daily News reports.

“In the meantime, Uber will do whatever it takes to keep up with growing demand and we will not stop working with city and state leaders, including Speaker Johnson, to pass real solutions like comprehensive congestion pricing,” Filson said, per the Daily News.

Currently, about 80,000 drivers in the city are affiliated with TNCs Uber, Lyft, Juno and Via; a major increase from the 12,600 affiliated drivers in 2015, according to CNN. About 14,000 taxi drivers operate in the city.

Across the country, cities are still figuring out how to regulate the growing sharing economy, as American City & County has previously reported.