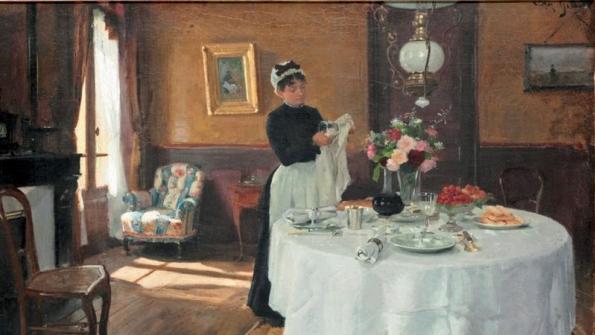 On July 23, the Seattle City Council voted 7-0 to extend labor protections to domestic workers, guaranteeing key labor rights to a class of workers that had traditionally been excluded from previous labor regulations, Curbed reports.

Eight states — California, Connecticut, Hawaii, Illinois, Massachusetts, New York, Oregon and Nevada — have such laws in place already, according to Bloomberg Law. However, Seattle is the first major U.S. city to pass an ordinance of this kind, and city officials said they used the domestic worker laws of these states as a model for the city’s ordinance, Curbed reports.

“Domestic workers — who are usually women and who are disproportionately immigrants and people of color — have been marginalized and left out of worker protections for decade,” Seattle Mayor Jenny Durkan said in a statement about the ordinance, per K5 News. “Tens of thousands of men and women who work tirelessly in Seattle deserve these basic rights and standards.”

After July 1, 2019, Seattle’ $15 per hour minimum wage will be extended to independent contractor domestic workers as well as those who live in their client’s homes, Bloomberg reports. The ordinance also requires that, after working five hours, domestic workers be given an uninterrupted 30-minute meal period that will be unpaid unless the worker is on call. Live-in workers also cannot be required to work over six consecutive days without a 24-hour rest period.

The new ordinance also establishes a 13-member appointed standards board of employers, worker representatives and community representatives, Curbed reports. This board, which will meet for the first time in Q1 2019, “would provide staff and logistical support, including but not limited to translation, outreach, and travel expenses, and work with the Board to determine appropriate support for the Board members and their activities,” the ordinance’s text reads, per MyNorthwest.

“The reality is their work makes the work of this city possible,” Seattle Council Member Teresa Mosqueda, who sponsored the legislation, said, per K5 News. “They clean our homes and they clean our yards and they’ve been left out of labor laws.”

Domestic workers have voiced support behind the protections. Rocio Burgos had worked for under minimum wage for a family and, although she hadn’t agreed to it, was made to watch the family’s children, Crosscut reports.

“It is important for us because the bill gives us a defense, so we can feel more securing working, so we feel proud as house workers,” Burgos told Crosscut. “It will help us feel recognized.”