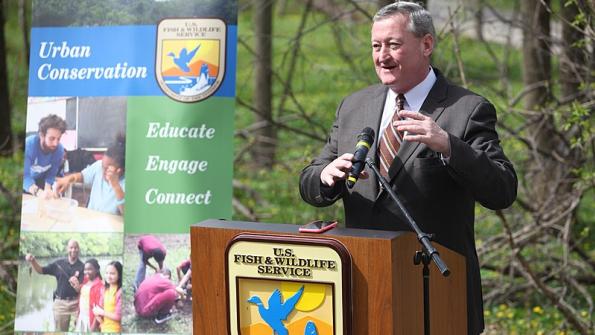 Philadelphia Mayor Jim Kenney signed an executive order that drastically alters his city’s sexual harassment policies on the same day an explosive audit on the city’s sexual misconduct was released.

Philadelphia Mayor Jim Kenney signed an executive order that drastically alters his city’s sexual harassment policies on the same day an explosive audit on the city’s sexual misconduct was released.

Rebecca Rhynhart, Philadelphia’s City Controller, carried out the performance audit after starting her role in January, the Philadelphia Tribune reports. The audit came about due to the #MeToo movement, as well as a $1.25 million settlement that the city reached in 2017 with a female police officer who accused a male superior of sexual harassment. As part of the audit, Rhynhart reviewed 121 complaints filed between July 2012 and April 2018 that ranged from groping to sexual assault.

The audit, released on July 19, found that most sexual harassment and misconduct allegations are handled by individual departments that practice little consistency in documenting and addressing the incidents, according to the Tribune. Almost 60 percent of managers and executives haven’t undergone the city’s required sexual harassment training in the past five years, and most employees weren’t aware of the best ways to report harassment claims.

“What we found was an inadequate and poorly implemented policy, a convoluted system for reporting complaints, ineffective procedures, nonuniform punishments, insufficient trainings, and an overall lack of clarity around how to address sexual misconduct,” Rhynhart said, per the Tribune.

The policy changes put forth in Kenney's executive order on July 19 include a new online form for filing sexual harassment complaints that will go directly to a designated officer or manager, Philadelphia radio station WHYY reports. Officials plan to have all city employees trained in sexual harassment prevention by the end of 2019, and they plan to review the city’s sexual harassment and prevention policy annually.

“Hopefully, we are showing [employees] have an opportunity now not to be afraid to step forward, not to be afraid to speak up, and that their government and their city will support them in being protected and working in a safe environment,” Kenney said, according to WHYY.

While the report recommended standardizing discipline across all departments, the city hasn’t taken this action yet, the Philadelphia Inquirer reports. “It’s very hard to standardize discipline across departments because there are different disciplinary matrices within each department and they are unionized employees,” said Monica Marchetti-Brock, director of the Mayor’s Office of Labor Relations, according to the newspaper.

Amid the audit and executive order, Philadelphia County Sheriff Jewell Williams faces multiple allegations of sexual harassing public employees, according to the Inquirer. One of the accusers has also sued the city in federal court, claiming that Williams sexually harassed her for four years. The city has substantiated at least one sexual harassment claim against Williams.

Both Kenney and Rhynhart have called for Williams to step down from his post, the Inquirer reports. Williams has denied the allegations, and Kenney admitted that elected officials can’t be forced out. However, the sheriff’s term ends in January 2020.