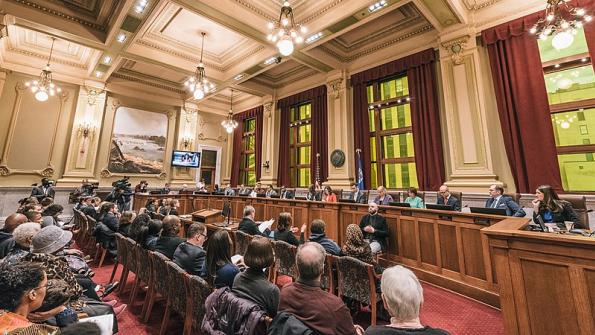 Citizen engagement is an ever-present challenge in local government, but programs across the country are bringing citizens closer to government by educating them on its inner workings.

Citizen engagement is an ever-present challenge in local government, but programs across the country are bringing citizens closer to government by educating them on its inner workings.

Programs such as Valparaiso, Ind.’s City Government Academy are designed to show people how local government works, according to the NWI Times. This includes how certain city policies are enacted, how budgets are decided and how citizens can get involved with the government.

“The goal of the City Government Academy is to get more citizens involved as we share the behind-the-scenes details of how decisions are made, how dollars are allocated and how services are delivered each day,” Maggie Clifton, Valparaiso’s director of community engagement and creator of the academy, told the Times.

Valparaiso’s City Government Academy is being modeled after its successful Citizens Police Academy, offered through its police department, according to the Times. Depending on interest, the program may be offered more than once per year.

Communities like San Mateo, Calif., have already received positive feedback on such programs, according to The San Mateo Daily Journal. Most participants in San Mateo’s Citizens Services Academy are over 30, and the program usually doesn’t accept participants under 18. “Last session was during the afternoon and we had a lot of seniors attending and they loved it,” Carol Jiampetti, coordinator for the San Mateo academy said.

San Mateo’s program is free, lasts 12 weeks and limited to 25 participants so as to allow for an interactive format, the Journal reports. It’s open to those possessing an interest in city government and who live or work in San Mateo. Participants also must be able to devote

“[The academy] would be very helpful for someone who is interested in the government,” Jiampetti said. “It is a good way to make a lot of contacts with city staff.”

Counties have also jumped on board in designing citizens academies. Now in its fifth year, Nevada County, Calif.’s Citizen’s Academy lets participants tour six county facilities and learn about county services through over 20 presentations, according to YubaNet.

The goal of the course — in which classes are held for 2.5 hours every Monday evening for 10 consecutive weeks — is to increase civic engagement within the county while getting community leaders familiar with the county government’s functions, YubaNet reports.

“I gained a valuable understanding of the scope of county services, as well as insight into the complex budgeting process. I came away with a tremendous respect for the expertise of our county employees and officials,” Nevada County Citizen’s Academy participant Susan Meagher told YubaNet.