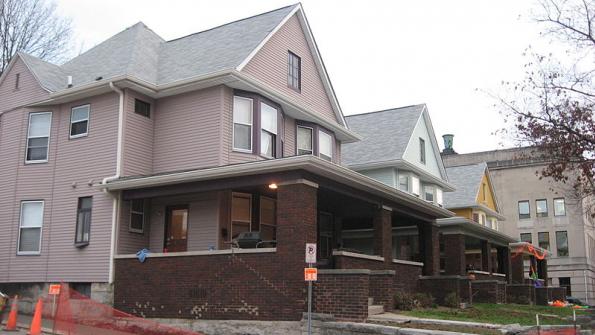 Sharing information with the public is an important function of any government. But sometimes, that information may be too personal to share. Such was the case when Bloomington, Ind.. officials began tracking opioid overdose deaths online through a map that pinpoints the addresses of overdose victims within city limits

Sharing information with the public is an important function of any government. But sometimes, that information may be too personal to share.

Such was the case when Bloomington, Ind., officials began tracking opioid overdose deaths online through a map that pinpoints the addresses of overdose victims within city limits, according to Indiana Public Media.

After criticism mounted from people across Bloomington and Monroe County, ind., city officials altered the map on July 11 to not display street addresses and instead only show if overdose locations are residences, businesses or public property, Indiana radio station WBIW reports.

Launched in March 2018, the map is part of Bloomington Revealed, a public information transparency site that the Mayor’s Office of Innovation created, according to WBIW.

Residents and officials alike have reacted negatively to the map. In Bloomington, Heather Harlow’s uncle John Harlow passed away from a drug overdose three years in Harlow’s grandparents’ home, and Harlow voiced concerns that map viewers could see her grandparents’ house listed on the map, WTHR reports.

"There's more constructive ways to display this information than pinpointing people's individual homes,” she told WTHR, adding that ensuring people’s safety is a greater issue than not hiding statistics.

Monroe County Commissioner Amanda Clerking Barge took to Facebook to vent her frustrations with the map. She criticized officials’ justification for using government resources to post private health information, as the map also shows the type of drug on which victims overdosed. Instead, Barge said, such resources should be used to educate government leaders about substance abuse.

“Our government needs to stop treating people with a disease as "the other". Because of this horrific mindset that encourages shame and invades our privacy, someone may not have the courage to ask for help. To call 911,” Barge wrote in a Facebook post.

City leaders justified the map by saying that the map makes public information more accessible to the public, and that the proximity of overdoses should make the matter more meaningful to residents.

"These deaths are happening not just in public places like parks or public facilities, but they're happening in residences and not just any residence, but next door to you. It brings it home," Ksander told WTHR.

However, Bloomington officials met with behavioral health groups on July 10 to discuss the map, and on July 11, Bloomington Mayor John Hamilton announced that the city would change the map so as to not display specific address information within the map, according to Indiana Public Media and WBIW. However, specific address information will still be publicly available for download on the site, just in a different part of the site.

“Sharing this public data about where these deaths are occurring can help give those working toward a solution more tools to help those who are suffering,” Bloomington Mayor John Hamilton said in a city news release. “At the same time, we understand that this is a sensitive issue. As we have done since launching the site, we will continue to consult with those on the front lines of this crisis to follow best practices."