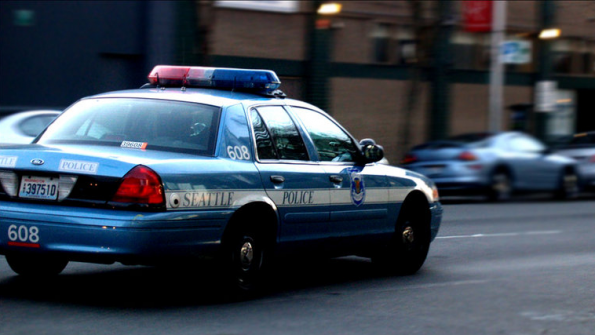 Due to frustrations over local politics and steadily declining morale, Seattle police officers are leaving the force in what the city’s police union is calling a “mass exodus.”

Due to frustrations over local politics and steadily declining morale, Seattle police officers are leaving the force in what the city’s police union is calling a “mass exodus.”

As of May, the department says 41 officers have left the force. While this wouldn’t be a particularly surprising number if those leaving were retiring, sources inside the department are saying the majority of these departures are younger officers who feel underappreciated, according to local Fox affiliate Q13.

“I have never seen the number of officers who are leaving and the way they are leaving,” Seattle Police Guild Vice President Rich O’Neill told the TV station, adding that dwindling numbers of officers would mean a more dangerous Seattle and a department deprived of resources.

“Less officers on the streets, less safe for the citizens,” he told the station. “When you have all these officers you have invested all this money in and they are leaving for Tacoma, Olympia, Pierce County and Snohomish County.”

O’Neill also told the station that morale is declining because the city council has been too critical of police. One councilwoman in particular – Kshama Sawant – called two officers involved in a shooting “murderers” shortly after they fatally shot Che Taylor, an incident in which they were cleared of any wrongdoing.

One officer who recently left told local conservative talk radio host Jason Rantz, “Morale was so low in Seattle that you had officers that lost the desire to do the police work,” he explained. “They couldn’t be the heroes like they wanted to. They felt like we weren’t being supported by their chain of command to do their job.”

Despite frustrations in the department, the claim that the department is starved for willing officers might be an exaggeration. According to local TV station K5News while 41 officers have left since May, 44 have been hired to replace them.

“The last three years have been the best three years as far as hiring for numbers, racial diversity, and the number of women,” Mike Fields, the Seattle Police Department (SPD)’s director of human resources, told the station. “We are hiring all the quality candidates we can.”

The mayor’s office also released a statement after O’Neill’s claim that the department was atrophying. Durkan, a former law enforcement official herself, said she understands the challenges officers face and reinforced the city’s dedication to providing is officers the support they need.

“Few issues are more important than public safety and keeping our families safe, and our officers are being asked to do more in our rapidly changing community,” the statement reads. [The mayor] is very proud of the work [the Seattle Police department] do[es] and knows nationally SPD is rightfully viewed as one of the best police departments in the country. The mayor will continue to work closely with SPD and our officers to ensure they have the resources necessary to maintain their safety and the safety of our community.”