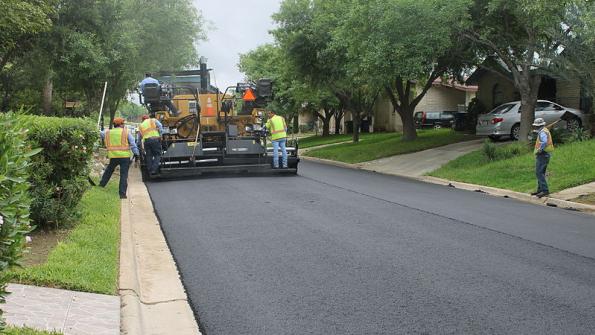 The Supreme Court’s decision in Janus v. AFSCME against public sector labor unions has prompted mayors across the country to pledge support of municipal workers’ rights amid polarizing reactions.

The Supreme Court’s decision in Janus v. AFSCME against public sector labor unions has prompted mayors across the country to pledge support of municipal workers’ rights amid polarizing reactions.

Public sector unions long charged “agency fees” or “fair share fees” to public sector employees that opt not to join a union but benefited from that union’s collective bargaining through being a “free-rider,” Vox and CBS explain. Fair-share fees tend to be lower than union dues, and they were calculated to include the expense of the union to provide collective bargaining for them.

However, 28 states have right-to-work laws that ban these fair-share fees, which let public sector employees can enjoy union benefits without paying fair-share fees or even joining the unions, according to Vox. These laws can make unions lose political influence and members.

In Wednesday’s Janus v. AFSCME decision, the Supreme Court ruled 5-4 that requiring public sector employees to pay fair-share fees violates their First Amendment rights, according to The Atlantic. In doing so, the Court overruled precedent set 41 years ago in Abood v. Detroit Board of Education, which prevented fair-share fees from being used for political purposes.

Moving forward, even if unions collectively bargain on behalf of non-union employees, those employees won’t need to pay fair-share fees.

“Unions play a vital role in advocating for the voiceless, and in the wake of this decision we all need to fight even harder for fair treatment of workers – from raising the minimum wage to passing paid family leave,” Hartford, Conn., Mayor Luke Bronin said in a news release.

While the ruling favors First Amendment rights of workers, it presents a funding crisis for unions, since “free-riders” can now choose to pay fair-share fees or to receive fair-share services for free, according to Vox. Many conservatives lauded the decision, while those in favor of unions lambasted it.

Mark Janus, plaintiff: "It's just that the worker now has the ability to make his now decision or her decision and that's why I brought this case." https://t.co/tfp4GNFZa6 pic.twitter.com/lByuh7CBYX

“From rank-and-file membership to leadership, I have always found a willingness to come to the table, roll up their sleeves and get the job done in a way that is responsible and respectful of taxpayer dollars,” Chicago Mayor Rahm Emanuel said in a statement, per the Chicago Sun-Times. “[Illinois] Governor [Bruce] Rauner and many Republicans are rejoicing at today’s decision, but we should be clear that this is no cause for celebration. This decision is an insult to the middle class and a step back for progress.”

Already, a group of 23 mayors from cities including New York, Philadelphia and Austin, Texas, has pledged to defend the rights of working families and municipal workers, according to a New York City news release. The mayors have pledged to institute systems that give new employees early access to union representatives, enhance information transmission to unions, enhance union-employee interactions and collaborate with unions to provide professional development.

In the Mayors Stand With Working Families Pledge statement, the mayors acknowledge that effective unions and supporting municipal workers’ rights are vital in guaranteeing workers’ quality of life and the delivery of essential city services.

"We depend upon unionized workers to deliver core city services from police patrols to garbage collection and pothole patching to fighting fires,” Pittsburgh Mayor William Peduto and one of the cosigning mayors, said in the news release. “They are here in our time of need and in turn we will be there for them,”