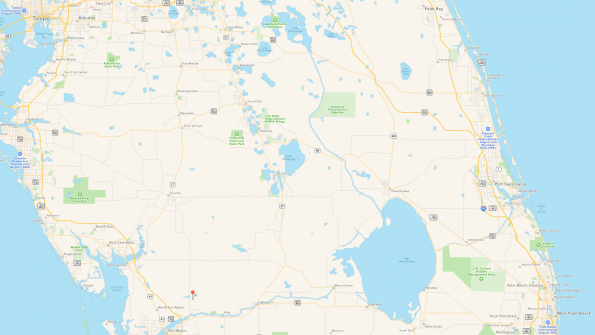 Babcock Ranch offers glimpse of how municipal sustainability, technology might look in future

The first entirely solar-powered American city has arrived, and it’s located in Florida.

The first entirely solar-powered American city has arrived, and it’s located in Florida.

About 350,000 photovoltaic cells spread across a tract of land the size of 200 football fields will provide all of the power that Babcock Ranch, Fla., will consume, Fox News reports.

“We’re trying to create the most sustainable, environmentally responsible new city that’s ever been developed in the world,” Syd Kitson, a former NFL player and the current chairman and CEO of Babcock Ranch developers Kitson & Partners, told Al Jazeera. “And we’re doing it — we’re not just talking about it.”

In 2006, Kitson & Partners bought a 91,000-acre parcel from the Babcock family, according to Babcock Ranch’s website. Kitson sold 73,000 acres to the Florida government for permanent preservation in the largest land preservation deal in the state’s history.

Kitson later gave Florida Power and Light (FPL) the land for the solar farm for free, while FPL spent over $100 million on installing the solar power infrastructure, Fox reports. The power generated at the solar farm is currently shared across FPL’s grid, given Babcock Ranch’s currently-minimal energy demand.

The project took over 10 years to get from conception to breaking ground, according to Al Jazeera. But its population is starting to swell—  families began buying homes and moving into Babcock Ranch in early 2018. Enrollment at the city’s first school is growing with the resident population, as well. As of early June, 150 homes were under contract, Fox reports.

Multiple retailers and restaurants have already set up shop in Babcock Ranch’s Founder’s Square, according to the News-Press. Once the final phase is complete, developers predict that the city will contain over 19,500 homes over 50,000 residents, according to Al Jazeera and Fox.

Two major focuses in the city will be on the environment and on technology. In addition to a walkable community plan, the city is projected to contain 50 miles of biking and hiking trails, as well as interconnected lakes for boating enthusiasts, according to the News-Press. Developers aim to preserve nature there — 5,493 trees will be planted, while 80 percent of Babcock Ranch’s land will remain in a preserve, according to the city’s website.

Babcock Ranch’s technology initiatives include introducing electric, driverless shuttles and fiber internet access in each home, according to the city’s website.

“The first thing we said to ourselves is, we need to try and future-proof Babcock as much as possible,” Kitson said in a video on Babcock Ranch’s website. “And the only way we could think to do that was to add fiber to every home and every business.”

Babcock Ranch’s energy model is one that can be used by any city, Florida Gulf Coast University urban planning professor John Woolschlager told Fox. If we want to have a good life in the future, we have to think more sustainability, because if we don’t, we’re going to run out of energy, run out of water and run out of resources."

Emulation is an additional goal for Kitson, who doesn’t necessarily want Babcock Ranch to be the only city of its kind in the country. “Our goal is, is that people will come here and see it and copy it,” he told Al Jazeera.