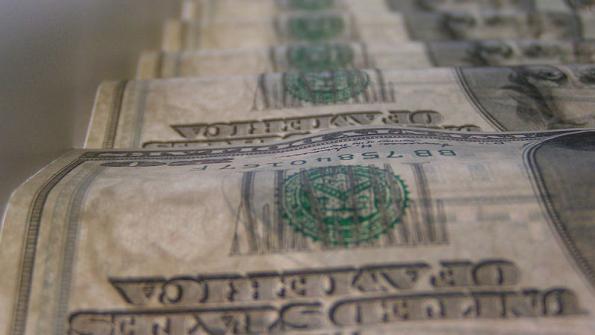 Long-growing state-wide pension funding shortfalls combined with a new state law that withholds funding from local governments that can’t pay for their pensions has led to a multi-faceted monetary crisis among municipalities throughout Illinois.

Long-growing state-wide pension funding shortfalls combined with a new state law that withholds funding from local governments that can’t pay for their pensions has led to a multi-faceted monetary crisis among municipalities throughout Illinois.

Illinois’s pensions have been underfunded for years, and the deficit is growing. The state’s pension funding shortfall increased by $17.8 billion between 2015 and June 2017 to total $137 billion in June 2017, the Chicago Tribune reports. Outside of Chicago, Illinois police and fire pensions are 58 percent funded, Illinois News Network reports.

The Tribune estimates that every person in Illinois would have to pay $11,000 to settle the state’s total pension debt. After the Illinois Supreme Court struck down state governments’ attempts to cut pension benefits in 2015, the state’s credit rating was downgraded to nearly junk.

This year, Illinois Comptroller Susana Mendoza began enforcing a 2011 law that requires her to withhold tax revenue owed by the state to municipalities that cannot fully pay their pension obligations. The withheld funds would be redirected to the underfunded pensions, Illinois News Network reports.

"Illinois failure to address its pension crisis has resulted in further deterioration of the state and cities' financial condition, exorbitantly high borrowing costs, and an inability to address other critical needs at the state and local level," Laurence Msall, president of the Civic Federation, a Chicago nonprofit that tracks state and municipal finances, told the Tribune. "Time is not your friend when your liabilities are compounding and your revenues are not."

The effects are already being felt. Last year, an appellate court forced Harvey, Ill., officials to raise property taxes to help pay for its firefighters’ pension fund, the Telegraph reports. However, Harvey, Ill. had failed to make complete pension payments for years and its mayor is banned for life from the municipal bond market for misleading investors, according to Forbes.

Since the court ruling, Harvey has been forced to lay off almost all of its police force and firefighters to meet pension obligations, Forbes reports.

“They have no assets left to sell. They can’t raise money anymore,” Ted Dabrowski, president of Wirepoints.com, a government and financial watchdog, told the Telegraph. “The community is effectively bankrupt, if not legally bankrupt. When the money was taken away from them to fund pensions, they had little money left” to fund operations.

Other cities are struggling, as well. East St. Louis, Ill., officials are worried that a year’s worth of funds could be withheld under the pension law, Illinois News Network reports. Alton, Ill., recently sold off its water treatment plant for $54 million in April to help pay for the city’s $113 million in unfunded pension liabilities.

“I know the state of Illinois says you can’t go bankrupt, but if you don’t have any money, what do you call it?” Alton Mayor Brant Walker told Illinois News Network. “If we did not have the influx, almost $54 million, Alton would no doubt be Harvey.”

Some state lawmakers are exploring multiple solutions. State Rep. Ryan Spain proposed combining police and firefighter pensions into one fund in a bid to save local governments money, the Southern Illinoisan reports.

Illinois Senate President John Fullerton proposed a “consideration model” that asks state employees to give up their compounded cost of living adjustment in order to guarantee that future raises count towards pensionable salaries, according to The Bond Buyer. Employees would also receive a lump sum payment and a reduction in future contributions.

No strategy has yet been agreed upon. ”We're in some really, really difficult financial times here," Illinois Rep. Robert Martwick, chair of the personnel and pensions committee, told the Tribune. "We're still digging a hole for ourselves."