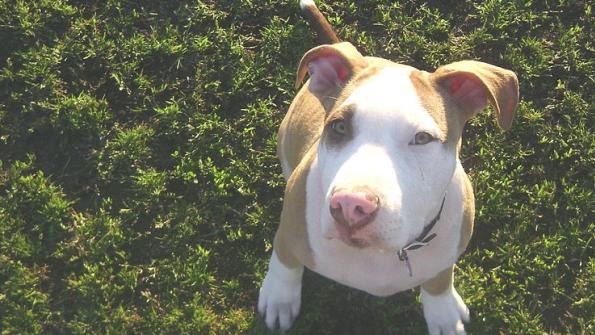 The pit bull is finally getting some love in as some governments lift restrictions on the canine breed this month.

The pit bull is finally getting some love in as some governments lift restrictions on the canine breed this month.

On April 2, Lakewood, Ohio, council members enacted numerous changes to its Dangerous and Vicious Animals Law, according to Cleveland TV station Fox 8 News. Previously, pit bulls and canary dogs had been designated as “dangerous” in the law, but the law now defines a dangerous dog as one that has maimed or killed a person.

Owners with dangerous dogs in Lakewood are notified by mail and then have to take certain actions including visibly identify the dog as being dangerous.

Pit bull owners had been protesting Lakewood’s pit bull ban for 10 years, and consider it a victory, Fox 8 reports.

Owners in Castle Rock, Colo., achieved a similar victory on April 16 when the town council voted to replace its ban on pit bulls with a ban focusing on dogs exhibiting certain behavior, according to Denver TV station Denver7.  Castle Rock’s ban would make it the first city in Colorado with such a ban to end breed-specific legislation.

"Eighty-two pit bulls have been removed from the town of Castle Rock in the last seven years due to the current ordinance, and not a single one was part of any incident involving the dog or its owners. It was all based on how the dog looked,” said Jen Dudley, an advocate who founded EndCastleRockBSL.com, per Westword.

“But once the ban is replaced here, I feel other towns will realize their enforcement dollars are being spent the wrong way and look to Castle Rock as a model,” she added.

Michigan’s bill will now head to its state house. If the measure is passed, Michigan would join about 20 other states with breed-specific policy bans, according to CBS Detroit.