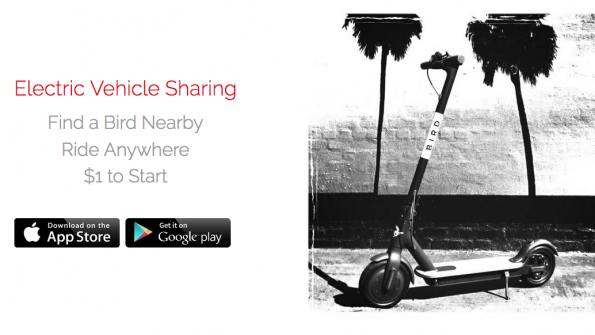 San Francisco has a scooter problem.

Last week, the San Francisco public works department impounded dozens of the personal motorized vehicles rental scooters after three companies – Lime, Bird and Spin – deployed their fleets across the city, according to the San Francisco Chronicle. The scooters are available to rent via mobile apps, and while the companies say the unique method of transportation will cut down on traffic congestion, the city says the the scooters are making sidewalks unsafe and are blocking the entrances to buildings.

The city has impounded approximately 66 scooters, and it’s unclear if more will be taken. "The public has the right to use the sidewalks,” Mohammed Nuru, the city’s director of public works told the Chronicle. “We can have nothing obstructing the path of travel.” One city supervisor, Jane Kim, has gone so far as to call for an immediate ban of the vehicles, according to Fast Company.

What makes the service popular with some is also what makes it reviled by others, CBS SF Bay Area reports. Since the scooters are dockless, they are being left scattered throughout the city, leaving leaders frustrated. Additionally, the scooters are routinely driven on the sidewalk – which is illegal per municipal code.

Although the companies have let users know the scooters shouldn't be ridden on the sidewalk, the practice goes on unchecked. “That’s unsafe and illegal,” Jodie Merdeiros, executive director of Walk SF, told the TV station. “People walking on the sidewalks are getting hit by these scooters… we will not tolerate this.”

Upset with the lack of responsibility being taken on the part of these companies, City Supervisor Aaron Peskin said, “if they want to continue this level of arrogance, we’ll impound their scooters and send them packing.”

The frustration, however, is a two-way street. Although all three scooter rental companies say they’d like to work with the city to find a solution, a spokesperson for Spin said the city should have tried to reach out to their company before impounding their property, according to the Chronicle.

“We would have loved the opportunity to address this ourselves instead of wasting valuable public works’ time and resources,” she told the paper. “Had we been notified by public works, we would have quickly dispatched our operations team.”

Kenneth Baer, a Bird spokesperson, said the company would work to educate riders keep sidewalks clear and expressed willingness to cooperate with the city. “We look forward to engaging with city officials in a fair process to review the reasons for impounding any of our vehicles that have been confiscated,” he said.

The companies will be issued violation notices and will fined a minimum of $125 per scooter, Rachel Gordon, a spokesperson for the public works department told the Chronicle. The companies can pay the fines, abate the problem to the departments satisfaction within 30 days or appeal.