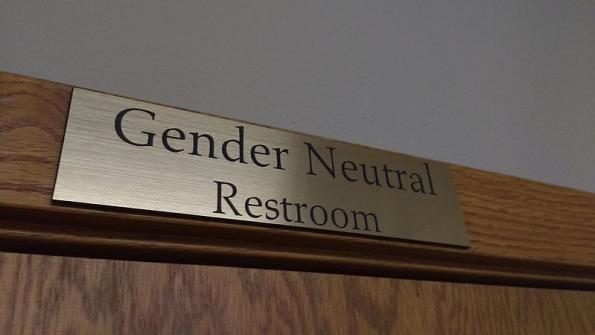 Anchorage, Alaska, voters rejected Proposition 1 during the city’s April 3 election, the Associated Press reports. The vote was close — 53 percent in the city voted against the proposition while 47 percent voted in favor of it, Vox reports. The results are set to be certified on April 17, Newsweek reports.

The measure, proposed by Christian policy group Alaska Family Action, defined sex as a person’s "immutable biological condition of being male or female as determined by anatomy and genetics at the time of birth,” according to Newsweek and CNN.

If passed, Proposition 1 would have repealed part of a city nondiscrimination ordinance passed in 2015 that let people use bathrooms that correspond to their gender identity, according to Newsweek. That ordinance added protections to city civil rights laws for the LGBT community in public accommodations, housing and employment, according to the Anchorage Daily News.

Mayor Ethan Berkowitz, who was re-elected as mayor during the vote, called Proposition 1 unnecessary, according to Alaska TV station KTVA. Being the first “bathroom bill” that voters decided on, the proposition attracted more interest from outside of Alaska than the mayoral race, CNN reports.

The American Civil Liberties Union (ACLU) issued a statement calling the vote the "first time anywhere in our nation a standalone, anti-transgender 'bathroom bill'—Prop 1—was defeated at the ballot box,” according to Newsweek.

Transgender activists celebrated the proposition’s rejection and expressed hope that the vote could provide momentum for similar votes across the country, according to the AP. Massachusetts voters will decide on a similar transgender rights bill in November. Similar transgender rights-related bills are also being considered in six states, CNN reports.

In 2016, North Carolina state lawmakers passed a bathroom bill that caused widespread outrage and backlash from the public and businesses, the AP reports. Both the NBA and NCAA pulled games from the state following the bill’s passage. In 2017, portions of the controversial bill were repealed, NPR reports.

Gender identity is a protected class among statewide public accommodation laws in 19 states plus D.C., according to the AP.