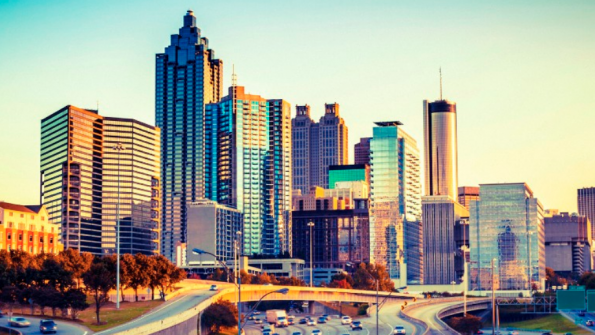 In a startling move, newly appointed Atlanta Mayor Keisha Lance Bottoms requested her entire cabinet tender their resignations on April 9. At a news conference held the next day, she said she’ll take time to evaluate who will stay and who will go.

According to the Atlanta Journal-Constitution, when Lance Bottoms took office in January, she informed her predecessors staff members they would remain on the job for approximately 90 days while she got to know them better. Now, at the 100-day mark, it appears Bottoms is remaining true to her word.

City Councilman Howard Shook told Atlanta TV station WSB-TV he was surprised by the decision. "It's startling. I don't think anyone really expected to walk into this building and hear that today," he said. "I think we all knew that at some point there was going to be an evaluation. I kind of expected it would be on a case-by-case basis instead of this sort of all-or-nothing shot."

The move appears to be in line with Lance Bottom’s commitment to making Atlanta a more open, transparent city. In her Tuesday news conference, Bottoms unveiled a new online portal, called “Open Atlanta Checkbook,” according to Atlanta TV station CBS-46.

"In 2013 the U.S. Public interest research group issued a report on transparency in city spending. Atlanta's grade was an 'F'. That is unacceptable," Lance Bottoms said at the conference, per CBS-46. "Change is sometimes uncomfortable but often necessary. So, during this uncomfortable time, know that you are still appreciated.”

The online tool will make public the city’s expenditures, and will allow the public to easily search and analyze
Atlanta’s spending, CBS-46 reports. The portal should go live next summer.

Mayor @keishabottoms announces Atlanta’s Open Checkbook, an online portal that will allow members of the public to easily search, follow and analyze the business & spending of the City. The public will have access to City budgets, expenditures, salaries and much more. #ComingSoon pic.twitter.com/Yexmk9JUSS

“Just one day away from my 100th day in office, I am proud of the steps that we are making to usher in a new era of transparency and efficiency in the City of Atlanta,” Lance Bottoms said. “Open Checkbook will allow residents and taxpayers to see exactly where their money is being spent, not just how it is budgeted. I believe this will serve Atlanta well and go a long way in helping our residents reestablish trust in city government.”