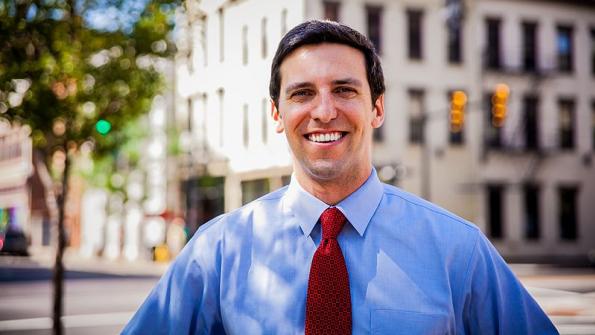 However, on April 9, a lawsuit was filed in the Hamilton County (Ohio) Court of Common Pleas that accuses those five council members of violating Ohio’s Open Meetings Act by holding secret meetings via e-mail and text messages to discuss their collective position on Cranley’s request, the Cincinnati Enquirer reports. The Open Meetings Act states that all meetings of any public body must be “public meetings open to the public at all times.” Cincinnati’s city charter doesn’t allow for exemptions.

While the lawsuit was filed on behalf of Mark Miller as a citizen, Miller is the treasurer of the Coalition Opposed to Additional Spending and Taxes (COAST), a local government watchdog group, the Enquirer reports.

"This action results from the conduct of a cabal of five rogue members of the Cincinnati City Council, whereby this cabal conducted illegal meetings of a majority of the members of the Cincinnati City Council, attempting to decide matters of great public import behind closed doors and in secret communications, and subverting the public's right to know and understand the actions of its public officials," the lawsuit states, per Cincinnati TV station WXIX.

On April 4, the city council approved an investigation into Black's affairs, the Enquirer reports. The unanimously-approved investigation would involve private meetings between two council members and city employees to hear accusations of Black's misconduct against the employees. Recordings and transcripts from those meetings would be sent to the rest of the city council for review.

However, the Enquirer filed a lawsuit on April 10, claiming that such an investigation would violate the city's charter, according to the news organization. "The Council and the individual members are under a duty, established by the charter, to conduct all proceedings in public," the lawsuit states.

The council members had previously issued two news releases to the public on the matter on March 16 and 18, according to WCPO. In the second, council members stated that they “believe in a collaborative process and look forward to working through this with all stakeholders,” according to the Enquirer.

The office of Council Member Young criticized the COAST case. “The entire purpose of a press release calling for transparency is to ensure that the public can read it right away. The sad irony is that COAST’s true goal is to stick the taxpayers with another bloated legal bill,” Young said, according to WCPO.

Council Member David Mann, who is set to lead the investigation with Dennard, said the council and its attorneys will fight the Enquirer lawsuit in court. "Our lawyers don't agree," Mann said, per the Enquirer. "Obviously, if a judge says it is, we'll have to proceed differently."

Black has disputed claims from Cranley that he'd promised to vacate his position, according to WCPO. Moreover, Black wishes to stay employed with the city. After the council voted on March 28 to reject the severance package, Black apologized to the mayor and others he may have offended on the job, while pledging to work with Cranley if he stayed at the city, according to the Enquirer.

"Mayor, I have offended you and I apologize for that," Black said, per the Enquirer. "I believe many more successes are awaiting us. I would like to continue down that path and pursue all the good that awaits the city of Cincinnati."