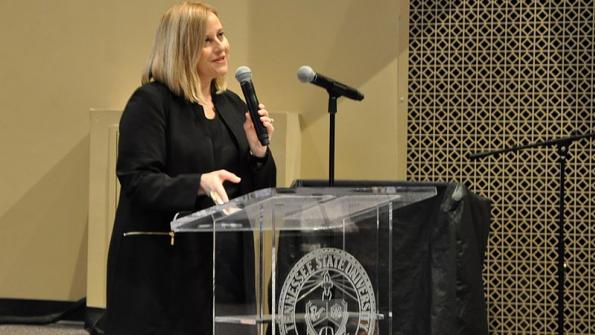 After acknowledging an extramarital affair with her chief of security, Nashville, Tenn. Mayor Megan Barry’s spending and travel throughout the affair is being investigated internally.

After acknowledging an extramarital affair with her chief of security, Nashville, Tenn. Mayor Megan Barry’s spending and travel throughout the affair is being investigated internally.

In a Jan. 31 news release, Barry publicly admitted to having an affair with her head of security, Sgt. Rob Forrest, NBC News reports. In the release, Barry apologized to Forrest’s family, to her husband Bruce and to the people of Nashville. Forrest announced his retirement on Jan. 17, per NBC.

Records show that Barry often traveled without security before the affair began in spring 2016, according to USA Today. However, Forrest traveled with Barry on nine out-of-town trips in 2017 in which he was the only Nashville employee to accompany the mayor. On four trips since Barry’s term began in 2015, stays extended past the schedule of events attended, The Tennessean reports.

"This was based on the recommendations of the police department that Mayor Barry have police detail on all official business trips, increases in terrorist attacks and mass shootings both domestic and international, and because we had an opportunity to learn what worked best in terms of logistics for travel," Sean Braisted, Barry’s communications director, said in a statement, per USA Today.

Between January 2017 and October 2017, Barry and Forrest incurred over $33,000 in travel expenses, according to NBC. Now, those expenses are undergoing scrutiny.

Nashville’s city council has approved an investigation into whether public money was improperly spent during the affair, The Tennessean reports. Between three to seven council members will oversee the investigation, and the committee will have subpoena power. The investigation is to focus on travel and overtime expenses.

“Mayor Barry has never sought reimbursement for meals or other expenses related to travel,” Braisted said in a statement. “She has never sought to financially benefit from any of the travel she has taken on behalf of the city. We believe that at no time did Mayor Barry or Sgt. Forrest ever attempt to use taxpayer dollars to support their extramarital affair.”

The power to form such an investigative committee hasn’t been used since 1974, according to The Tennessean. As the committee has the ability to hire outside legal and auditing services, Nashville’s internal auditing office has been selected to aid in the investigation.

"This resolution will put us on a path toward healing. Simply that," Nashville Councilwoman and the resolution’s lead sponsor Tanaka Vercher said, per the Tennessean. "We are not trying to dive into anyone's personal matters."