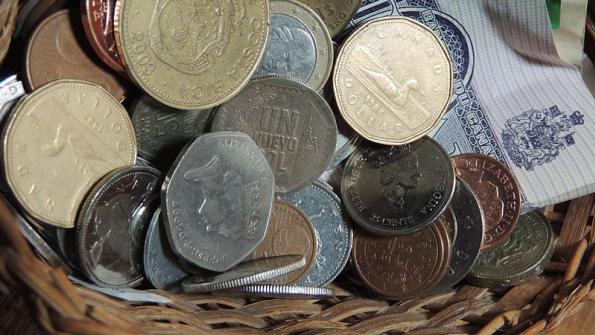 A California city is mulling over joining the cryptocurrency wave to explore a new method for funding public projects.

A California city is mulling over joining the cryptocurrency wave to explore a new method for funding public projects.

Berkeley, Calif., officials announced a partnership with Neighborly, a San Francisco technology firm, and the University of California, Berkeley’s Blockchain Lab to study the potential for the city to release an initial coin offering (ICO), PCMag reports.

ICOs have become popular investments over the past two years, with cryptocurrencies like Bitcoin and Ethereum securing frequent appearances in news headlines across the world. However, no local government has yet explored the idea of presenting an ICO itself.

"We have to embrace the spirit of innovation if we are going to turn a corner on all these pressing problems like the water shortage, the housing shortage," Berkeley City Council Member Ben Bartlett told PCMag.

The initiative would see Berkeley releasing a public ICO, with investors having the option of buying digital tokens or municipal bonds in U.S. dollars, Bloomberg reports.

"Unlike most of the ICOs, which deliver coins for a future value or service, these coins will represent a real security issued for a specific purpose," Kiran Jain, Neighborly co-founder and COO, told Business Insider.

The city is still in the preliminary phase of the project, having to determine if voter approval is needed to borrow money, according to Bloomberg. Officials are also determining which projects the ICO would fund — in addition to the water crisis and housing shortage, Bartlett has floated the idea of using its cryptocurrency to address its homelessness issue, according to PCMag.

"We are hoping to create a new funding resource in the face of federal retrenchment," Bartlett told PCMag. "We have over 1,000 homeless people and we are not going to accept an inability to house them."

The effects that the December tax bill could have on affordable housing funding coupled with Berkeley’s housing and homelessness dilemmas was what initially inspired the idea for a public cryptocurrency, Business Insider reports. As Berkeley is a sanctuary city — a city known to protect undocumented immigrants — it could receive less federal funding due to President Trump’s expressed disdain for such cities.

"If we can deliver on our mission, this will be a very attractive alternative for other cities and states and counties," John Crossman, principal at Neighborly Securities, Neighborly’s underwriting division, told Bloomberg.