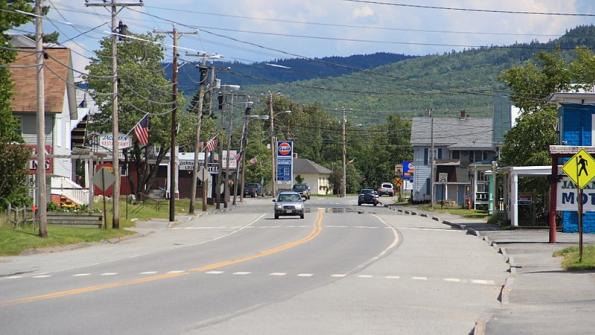 Despite making white separatist comments. the town manager of a small Maine municipality claims his views don’t interfere with his job and that he intends to remain in his post.

Despite making white separatist comments. the town manager of a small Maine municipality claims his views don’t interfere with his job and that he intends to remain in his post.

Kawczynski’s comments are related to a group he founded called New Albion, which promotes “traditional western values emphasizing the positive aspects of our European heritage,” the Bangor Daily News reports.

“We are pro-white without being anti-other groups in terms of their racial identity. But we … oppose the idea of bringing people in from the outside that come from different cultures,” Kawczynski told the Daily News. “I would say unequivocally that I see Islam as fundamentally incompatible with Western civilization.”

He also attacked feminists on a social networking platform called Gab, according to the Press-Herald. “It’s no accident unattractive women make up the vast majority of feminists, ” he wrote this month. “Their issue is less with the roles men and women play, and more with resentment about the lack of attention they draw from men due to these attributes.”

Kawczynski has since come under fire for his writings. Zachary Heiden, legal director for the American Civil Liberties Union of Maine, called his comments, “shockingly racist,” the Daily News reports.

Gary Hall, president of the Jackman-Moose River Camber of Commerce, noted that the business community doesn’t condone Kaczynski’s comments, per the Press-Herald. “We believe in American values of freedom, diversity and inclusiveness,” he said in a statement, asking town select persons to “take appropriate measures and protect our community.”

Kawczynski claims that his views are separate from his official duties. “I do not run [Jackman] in a way where we in any way discriminate against anyone who is there… And we respect everyone that comes through,” Kawczynski told the Daily News. While he expects to be fired, he doesn’t intend to quit, CBS News reports.

Nevertheless, town leaders plan to meet with Kawczynski on Tuesday to discuss his comments, according to CBS. Warren Shay, Jackman town attorney, told reporters that, “the beliefs reflected in those comments are not shared by any of the select persons or the Town of Jackman.”