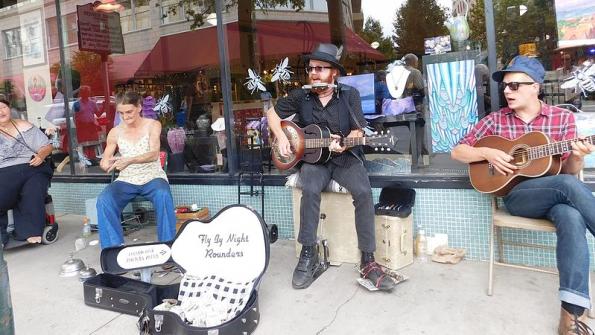 Austin, Texas, musicians could soon get paid to perform their craft in the streets — courtesy of the city government.

Austin, Texas, musicians could soon get paid to perform their craft in the streets — courtesy of the city government.

The city's music and entertainment division, part of the Austin Economic Development Department, has launched its ATX Busking Pilot Program to attract visitors to newly opened public spaces, according to Austin TV station KXAN and a news release from the city. Busking is defined as playing music for voluntary donations in the streets or subways.

The pilot program is currently relegated to the Green Water development in the city's downtown Seaholm District, according to Austin360. The program is open to musicians who want to play unamplified hour-long sets; such artists would be paid a standard rate of $150 per hour.

“We are dedicated to the constant pursuit of sustainable living wage compensation opportunities for Austin’s musicians,” Erica Shamaly, manager for the Austin Music & Entertainment Division, said in the release. “The ATX Busking Program Pilot is a fantastic opportunity to pay local musicians an appropriate guarantee for their services, while establishing best practices to expand the program throughout the City."

The program is being funded through a single $150,000 grant from the Green Water Treatment Plant Redevelopment, North Austin Patch reports. The city plans to have musicians selected by 2018, with the launch date set to coincide with the city's South by Southwest festival in 2018, per Austin360. While city officials expect more set slots to be given to solo acts, some funds have been set aside for bigger musical groups.

"We look forward to developing this program with our local musicians, while searching additional partnership opportunities with the real estate development community to improve outcomes for Austin musicians,” Shamaly said in the release.