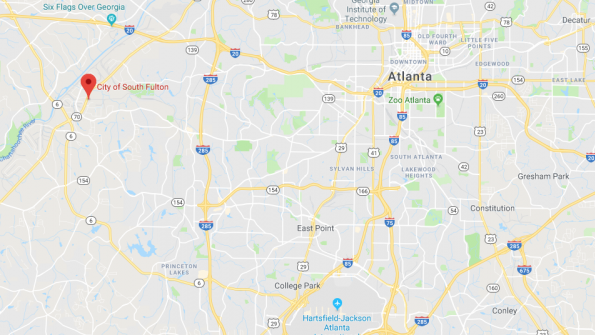 On Dec. 12, the South Fulton City Council voted 4-3 to rename the city Renaissance, Atlanta public radio station WABE reports. The vote came after it received about 240 suggestions from residents, worked with a marketing firm to narrow it down to five, voted to whittle the list to three names, then ultimately chose “Renaissance.”

The closeness of the council vote mirrored the contentiousness surrounding the name change. About 20 of 40 speakers at the Dec. 12 meeting voiced opposition, and a circulating petition against the name change had gathered over 1,000 signatures by the time of the vote, WABE reports.

One issue concerns the spelling of the new name. “They are going to have to train people to spell Renaissance,” Dave Dorrell, general manager of the nearby Georgia Renaissance Festival, told the Atlanta Journal-Constitution. “That’s what we deal with all the time.”

Those who voiced dissent also said the name wasn’t representative of the city, and that the name devising process should have taken more time or included more citizen input, the South Metro Neighbor reports. Other names considered were Atlanta Heights and Wolf Creek, according to the Journal-Constitution.

Some city council members disagreed. “It is the rebirth of an area that might not have gotten the consideration from the county leaders,” Councilman Khalid Kamau told the Journal-Constitution.

Edwards has until Dec. 22 to approve the name change or veto it, Atlanta TV station Fox 5 reports. If he vetoes the name change, the name devising process could extend into January, according to the Neighbor. If he approves it, the city would begin designing a new city seal.

While the name and seal of his new city matters, Edwards believes the branding is but the beginning of the work that lies ahead of it.

“I had to ask myself, ‘What is in a name?’ It doesn’t matter if it’s Wolf Creek or Renaissance. If we don’t do right by this city and make it all that it can be, the name won’t really matter,” he told the Journal-Constitution.