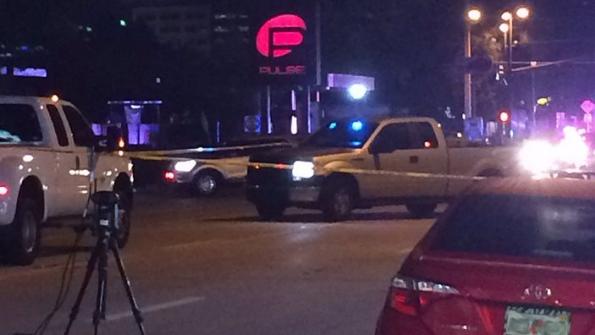 Officer with PTSD from Pulse massacre to lose job

An Eatonville, Fla. police officer hailed as a hero in the 2016 Orlando, Fla. Pulse nightclub massacre will lose his job after 10 years on the force due to mental issues developed after the massacre.

An Eatonville, Fla. police officer hailed as a hero in the 2016 Orlando, Fla. Pulse nightclub massacre will lose his job after 10 years on the force due to mental issues developed after the massacre.

Omar Delgado, 45, is also losing his job just six months before he was set to be vested in the police department’s pension system, NBC News reports.

“Just let me get vested and I will be more than happy to pack up my troubles and leave,” Delgado said, according to USA Today. “This is the thing I’ve been working toward for 10 years and to be six months shy then be fired, it’s like ‘wow!’”

Delgado was one of the first officers to arrive at Pulse Nightclub in the early morning of June 12, 2016, when Omar Mateen open fired in the nightclub and killed 49 people in the deadliest mass shooting at the time, USA Today reports. Delgado sifted through bodies on the ground and helped survivors get to safety. One victim, Angel Colon, had been shot six times, and credits Delgado for saving his life.

However, Delgado developed post-traumatic stress disorder (PTSD) as a result of the scene at Pulse that night, the Orlando Sentinel reports. Delgado sleeps only between three to five hours per night, often wakes up screaming and finds difficulty in being in crowded public areas, NBC reports.

While he returned to patrol duty a few months after the massacre, he decided to stop and has worked a desk job for the past eight months, according to the Sentinel.

On Dec. 5, the Eatonville Town Council voted unanimously to make Dec. 31 Delgado’s final day at work, while paying him $1,200 in accrued sick time, the Sentinel reports. An additional six months would have given Delgado 64 percent of his $38,500 salary with full benefits for life. Instead, Delgado will only be receiving 42 percent of the salary starting in 10 years.

“It’s a small town and we’re like a family,” Delogado said, per USA Today. “You don’t just throw a family member to the street. They’re acting like a Fortune 500 company and saying since you can’t do your job, we’re going to replace you. Even if the world saw me as a hero, that was yesterday.”