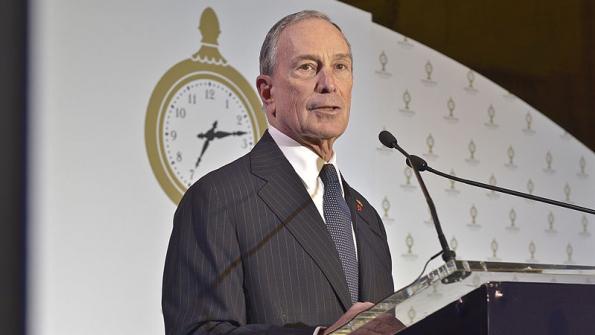 A handful of lucky cities will win up to $5 million as part of a nationwide philanthropic challenge by pitching compelling and innovative solutions to city problems.

A handful of lucky cities will win up to $5 million as part of a nationwide philanthropic challenge by pitching compelling and innovative solutions to city problems.

Bloomberg Philanthropies’ 2017 Mayors Challenge is the fourth such challenge the organization has conducted and the second it has conducted in the U.S., per a Bloomberg Philanthropies news release. Of the 555 cities that have entered this year’s challenge, 35 semi-finalist, ‘champion cities’ will be selected in January to win up to $100,000 and to submit more detailed applications after honing their initial ideas at an intensive workshop.

Four finalist cities and one winning city will be announced in October and win $1 million and $5 million, respectively. The challenge serves as the first part of Bloomberg Philanthropies’ $200 million American Cities Initiative, which seeks to strengthen cities, according to the release.

Reports show that cities are pitching innovative ideas for those issues. Evanston, Ill., seeks to improve bus stops to better serve its elderly population via measures such as on-site health information, outdoor Wi-Fi and air quality monitoring, the Daily Northwestern reports. Pittsfield, Mass., wants to build a “life academy” to give resources, education, job opportunities and mentorship to at-risk young women in the city, according to iBerkshires.

Meanwhile, Cary, N.C. prepared an application in partnership with public health and nonprofit organizations as well as startup Biobot Analytics that details an advanced solution to combat the opioid crisis, Smart Cities Dive reports. The strategy involves dispatching robotic measuring devices to collect data on opioid concentration in sewage to map out drug consumption in the city.

“We have committed to our partners that would do this whether we get the grant or not," CaryDeputy Town Manager Mike Bajorek told Smart Cities Dive.

“While it would be great to get selected … the problem solving process (itself) is a huge asset that we will take forward as we look to solve other problems in our community,” Katie Knapp, Evanston transportation and mobility coordinator, told the Daily Northwestern.

The challenge’s selection committee, which was finalized on Nov. 29, includes prominent public and private sector leaders such as former Xerox CEO Ursula Burns, former Miami Mayor Manny Diaz and former U.S. Ambassador to Japan Caroline Kennedy, according to the release.

“Innovation and creative problem solving requires bold leadership. Each of the mayors who have applied to the U.S. Mayors Challenge have the vision and initiative needed to develop, execute, and sustain ideas to make their cities even stronger,” Kennedy said, per the news release.