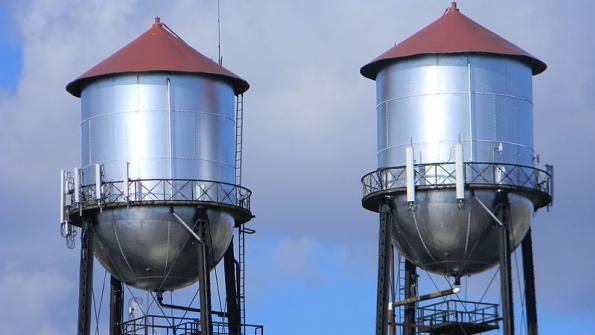 As water conduits continue to age, cities are undergoing the arduous and expensive task of replacing it.

As water conduits continue to age, cities are undergoing the arduous and expensive task of replacing it.

In Pocomoke City, Md., the replacements are meant to improve drinking water quality, Delmarva Peninsula TV station WBOC reports. Faucets spewing brown water and leaving stains in sinks are not uncommon in the city, whose pipes are up to 80 years old.

"This has gotten to the point where this is unacceptable to our residents and we're charging to supply water to them," Pocomoke City Manager Robert Cowger told WBOC. "Between replacing these pipes and the new pipes I feel 99 percent the problem is resolved.”

The replacement project, a top priority for the city, will cost about $1 million, according to WBOC.

In Duluth, Minn., leaky water pipes are a problem for the city’s aging water piping infrastructure, the Minneapolis Star Tribune reports. But funding those repairs is a challenge, too.

While the city used grants and loans to fund a large wastewater system upgrade several years ago, the Duluth Public Utilities Commission recently decided to increase water volume rates 4.7 percent each year for six years, according to the Star Tribune. That increase will allow it to replace about 4.3 miles of piping — about 1 percent of its system — per year.

“Cities are getting to the point where, really, it’s costing them a lot of money to deal with it in a piecemeal fashion, and they’re sort of facing up to and taking on these larger projects,” Jeff Freeman, executive director of the Minnesota Public Facilities Authority, told the Star Tribune.

Some state initiatives, like New York’s $2.5 Clean Water Infrastructure Act of 2017, are helping their municipalities replace water infrastructure through dedicated grants, according to the Poughkeepsie Journal and a New York State news release.

A component of the act, the New York State Department of Health’s Lead Service Line Replacement Program, awarded $20 million to 25 municipalities in November, according to a New York State news release.

Poughkeepsie, N.Y., is receiving $544,745 to replace its lead service lines, the Journal reports. Mayor Rob Rolison is convening a team of city, county and state officials to create a plan for the replacement. "We are going to work with our partners on this and see what we may be able to address in the short term and the long term,” Rolison told the Journal.

“The topic of lead and lead pipes has been certainly something people had been talking about, and we certainly were appreciative of the state making the city eligible,” Rolison told the Journal.