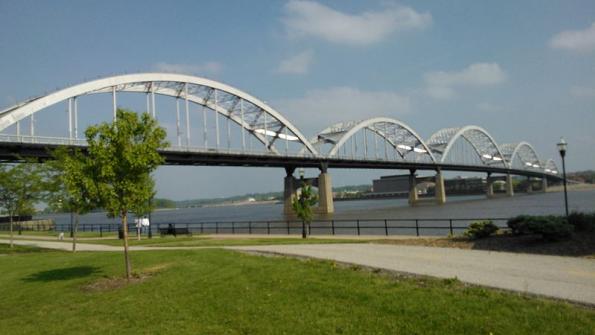 Since 2015, Iowans have paid 10 cents more per gallon to the state government, the Quad City Times reports. "This is important for economic development. This is important for our farmers to be able to get their crops to market. I know that many people have been waiting a long time for this,” then-Iowa Gov. Terry Branstad said upon signing the bill that year, according to the Des Moines Register.

Almost $100 million was earmarked towards 237 critical projects during the state budget year that ended on June 30, according to the Times. Every Iowa county had at least one project among the 237, and the new revenue has enabled all of Iowa’s counties to add new projects

“It’s been a very much needed shot in the arm for us,” Woodbury County (Iowa) Engineer Mark Nahra told the Times.

As some of its gravel roads see over 400 cars per day, Woodbury County has devoted $300,000 of its share of the new tax money to improving its 900-mile system of gravel roads, the Times reports.

Davenport — Iowa’s third-largest city — receives about $1.6 million from the tax, Quad Cities TV station WQAD reports. "It's going directly into roads. We're attacking all streets whether they be concrete, asphalt or brick," Clay Merritt of the Davenport Department of Public Works, tells WQAD.

Scott County, Iowa, has notably been able to increase its road and bridge construction spending by 50 percent over the next five years due to the hike, the Times reports. It will go towards bridge, culvert and road resurfacing projects.

“So we are seeing more work being done, which is a benefit to Scott County,” Scott County Engineer Jon Burgstrum told the Times. “We have added bridge projects to our plan so our older and more deficient bridges are being replaced sooner. We are also resurfacing older pavements sooner. The added work creates a safer and maker drive-able transportation system in Scott County.”