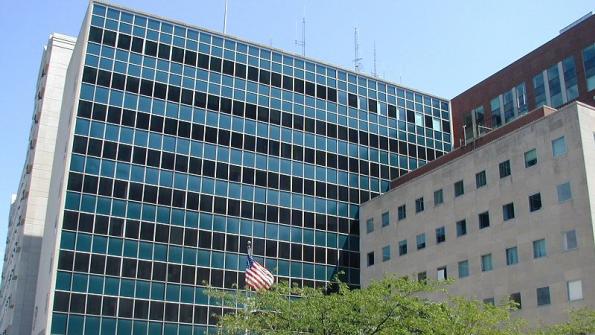 Lansing, Mich. is suing the nearby Lansing Township over a 2015 moratorium that the mayor says cost the city several million dollars.

Lansing, Mich., is suing nearby Lansing Township over a zoning moratorium that the mayor says cost the city several million dollars.

Virg Bernero, mayor of Michigan's capital city, claimed that the township’s zoning moratorium was an effort to block the sale of the Waverly Golf Course, according to Lansing TV station WLNS. The city owns the course, but it’s located in the township. Around 2012, the city received an offer of $6 million to buy the property, but the township enacted the moratorium and quashed the deal.

“It is obvious that Lansing Township enacted their zoning moratorium for one reason — to block our sale of the Waverly property,” Lansing Mayor Virg Bernero said in a news release, per WLNS. “It was a highly unusual move that ran counter to the township’s own best interests because the sale would have expanded their tax base by allowing the redevelopment of the property.”

Now the city is suing the township, claiming the township tried to charge the city exorbitant fees for some Freedom of Information Act requests the city filed in August for documents pertaining to the moratorium, the Lansing State Journal reports. The city claimed the township also hasn’t clearly provided links to the material that exists on its website.

Lansing Township Supervisor Dion’trae Hayes expressed disbelief that the city was taking action towards the 2-year-old moratorium now, the State Journal reports. However, the city recently received a $2.2 million offer for the golf course, and Bernero said the lawsuit was also designed to prevent the township from enacting another moratorium that could hinder the sale, WLNS reports.

"I had no idea this was the route the city would take, and I'm saddened by this," Hayes told the State Journal.

Lansing is to elect a new mayor this week, and Hayes told the State Journal she is “confident whoever is elected… will be more even tempered and professional than the current administration.”