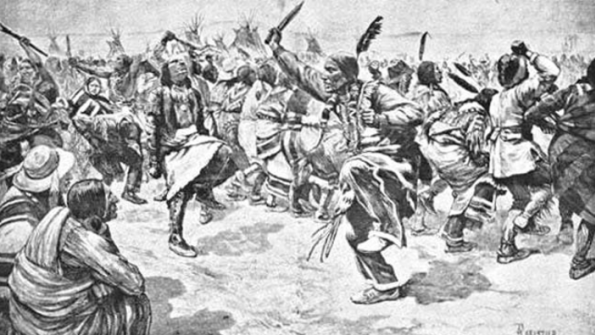 A new movement has many governments jumping ship on celebrating Columbus Day and instead celebrating Indigenous Peoples Day on the second Monday of October.

For decades, Columbus day has been celebrated on the second Monday of October. However, a new movement has many state and local jumping ship; instead of celebrating the famous Italian explorer, many are choosing to celebrating Indigenous Peoples Day.

“We know for a fact that [Columbus] and his men killed, raped, enslaved thousands of Indigenous people,” Mahtowin Munro, lead organizer for Indigenous Peoples Day Massachusetts, told Al-Jazeera. “It also gives a completely wrong impression to say that Columbus ‘discovered’ America; as Indigenous people, we often say that he invaded America.”

On the other hand, Italian-Americans claim that by honoring a prominent Italian explorer, Columbus Day promotes Italian heritage, the Associated Press reports.

“We had a very difficult time in this country for well over a hundred years,” Basil Russo, president of the Order Italian Sons and Daughters of America, told the AP. “Columbus Day is a day that we’ve chosen to celebrate who we are. And we’re entitled to do that just as they are entitled to celebrate who they are.”

Over 60 city, county and state governments now celebrate some form of Indigenous Peoples Day in 2017. Click on the map below to see who did.

While most places that have renamed Columbus Day have chosen Indigenous Peoples Day as the new moniker, a few cities, like Bellingham, Wash. and Red Wing, Minn.., celebrate the second Monday of October under Coast Salish Day and Chief Red Wing Day respectively – different names that nevertheless honor native Americans, according to the Bellingham Herald and Go MN.

Other cities and counties — like Salt Lake City and Milwaukee County, Wis. —  struck a compromise in celebrating both Columbus Day and Indigenous Peoples Day on the same day, the AP and the Milwaukee Journal-Sentinel report.

“Celebrating the two holidays the same day is a way to inform our understanding of each’s contributions to our national fabric without demeaning the significance of either,” Salt Lake City Council Chairman Stan Penfold read from a prepared statement earlier this month in passing the resolution, the Salt Lake Tribune reports.

Among the many cities that celebrated Columbus Day on Monday, some cities like Detroit have since passed resolutions to change the practice for next year, according to the AP.

“I think a lot of people recognize that there’s a lot of information just left out of what’s in their history books,” Raquel Castaneda-Lopez, the Detroit council member who proposed the resolution, said at the Oct. 10 council meeting where the resolution was approved, per the Detroit News. “A lot of crimes were committed against the native and indigenous people that we should be aware of.”

How should the second Monday in October be celebrated?