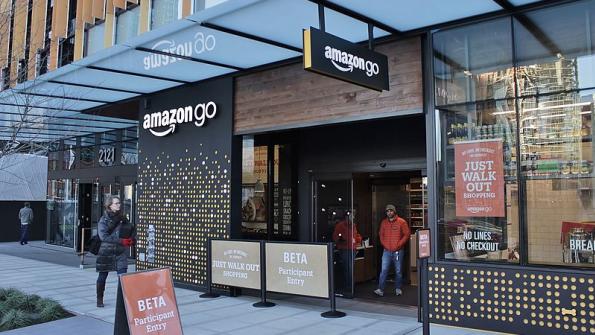 Cities court Amazon to be location of new headquarters

When one of the world’s biggest tech companies announces plans to build a second headquarters in a to-be-determined community, cities put their best foot forward.

When one of the world’s biggest tech companies announces plans to build a second headquarters in a to-be-determined community, cities put their best foot forward.

That’s been the case for Amazon’s second headquarters (dubbed HQ2), which seeks 145 acres of land for the proposed site, according to AJC.com. Some cities are attempting to entice the tech giant to make its second home there.

Stonecrest, Ga., about 19 miles east of Atlanta, voted to de-annex 345 acres of land to be used as a new municipality — the City of Amazon — should the tech giant opt to build its HQ2 there, AJC.com reports. The Stonecrest City Council’s resolution requests this from the Georgia General Assembly.

Stonecrest Mayor Jason Lary told AJC.com that no other city “has the branding opportunity we are now offering this visionary company. How could you not want your 21st century headquarters to be located in a city named Amazon?”

The Memphis, Tenn. City Council unanimously voted to offer Amazon $60 million in cash incentives if it chooses Memphis as the new HQ2 site, the Commercial Appeal reports. The incentives include Memphis reimbursing Amazon $5,000 per new job created, up to $50 million, as well as investing $10 million in public transit. The city would also offer Amazon a payment-in-lieu-of-taxes (PILOT) abatement for up to 30 years, though it needs state approval for 10 of those years, the Memphis Daily News reports.

Other municipalities, while not taking as grand of measures, have shown Amazon their interest and compelling arguments for why they would be prime locations for HQ2. Gary, Ind., took out an ad in The New York Times to address Amazon Founder, Chairman and CEO Jeff Bezos directly, NPR reports. Danbury, Ct., Frisco, Texas, and Washington D.C. have released videos online explaining their interest and geographic superiority, according to Washingtonian magazine.

Birmingham, Ala., in accordance with Jefferson County, Ala., built three giant Amazon boxes around the city. They then encouraged residents to take pictures with the props and tweet their images using a unique hashtag, AL.com reports.

"Bringing Amazon to Birmingham is going to take all of us. And the message we deliver has to be big – really, really big. Help us tell Amazon why our great city is the perfect location for their next headquarters," signage next to the boxes read, per AL.com.

Amazon has pledged $5 billion in construction investment and up to 50,000 direct jobs for whichever community it ultimately chooses, per the company. Additional ongoing construction and operation is expected to generate “tens of thousands” of jobs and “tens of billions of dollars” in community investment. The tech giant estimates that its investments in Seattle — the location of its current headquarters — between 2010 and 2016 added $38 billion to the city’s economy.

“We want to find a city that is excited to work with us and where our customers, employees, and the community can all benefit,” the company wrote on its website.