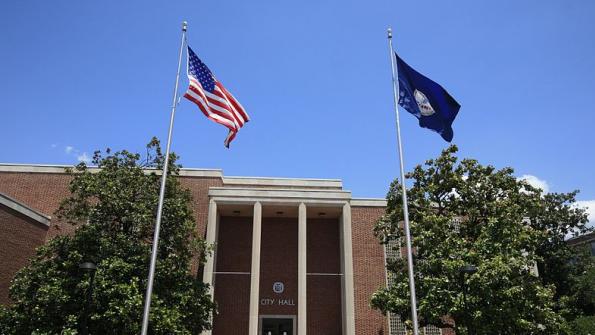 Charlottesville, Va.’s first city council meeting since the Aug. 12 violence and tragedy was anything but routine.

Charlottesville, Va.’s first city council meeting since the Aug. 12 violence and tragedy was anything but routine.

While the city council had an agenda, councilors ultimately decided to listen to people's concerns on the events that led to the death of Heather Heyer and several injuries, according to Newsy. The city then decided to shroud Confederate memorial statues in Heyer's memory and start the removal process for one of the statues. It also voted to initiate a third party review of the city's response to the alt-right rally where the violence broke out, the New York Times reports.

Numerous people sat in on the first council meeting since the violence occurred, the Associated Press reports. Throughout the meeting, attendees interrupted Mayor Mike Signer several times by shouting.

"Why did you think that you could walk in here and do business as usual after what happened on the 12th?" Charlottesville City Council candidate and community activist Nikuyah Walker said, per CBS News.

Signer and several other city officials left the chambers as protesters jumped on the council dais, according to NBC News. There, they brandished a sign that said “Blood on your hands.” Police then entered the chambers and detained three people.

Residents refused to back down until authorities let the detainees go, the Times reports. Eventually, Charlottesville Vice Mayor Wes Bellamy announced that the council would drop its agenda and listen to the crowd’s concerns on the event, per the AP. City officials would end up listening to such concerns for over three hours, according to NBC.

The outbursts signified the ”beginning of the process of catharsis,” Signer told the AP.

Throughout the ultimately six hour meeting, the council took several steps to move past the violence while keeping it in memory, Newsy reports. The council unanimously voted to cover statues of Confederate Gens. Thomas “Stonewall” Jackson and Robert E. Lee with black material.

The council also voted to begin the process of removing the statue of Jackson, according to Newsy.

"I believe that the removal of the Confederate statues is a necessary part of showing that this community can be truly a community of mutual respect," Charlottesville Councilor Kristin Szakos, who proposed covering the statues, said in a statement, per CBS. "We must do that if we hope to move forward to true justice and equity. We should have done it years ago."