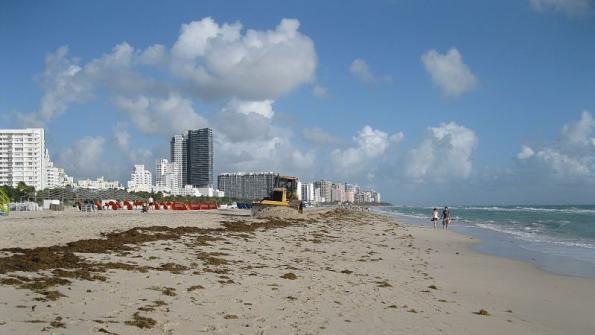 A few governments in the greater Miami area are trying to entice film and TV production companies to come to them by drafting or offering filming incentives within their jurisdictions.

A few governments in the greater Miami area are trying to entice film and TV production companies to come to them by drafting or offering filming incentives within their jurisdictions.

The moves come a year after a statewide entertainment production incentive ended, according to Miami New Times. The Florida Entertainment Incentive Program, which started in 2010, established $296 million available in tax credits for film, video and TV productions that had at least 60 percent of its crew based in Florida, according to the Miami Herald.

While productions created thousands of jobs, money ran out in three years and the program ended in 2016, the Herald reports. In its absence, a few cities and one county have taken matters into their own hands.

“I think we need to take care of ourselves,” Sandy Lighterman, head of Miami-Dade County, Fla.’s film office, told the Herald. “Obviously the state is not understanding, from their measurements, what the return on investment is.”

“The local industry has been asking for the county’s assistance by enacting a local incentive program and now they have it,” Miami-Dade County Mayor Carlos A. Giménez said in a statement, per the New Times. “This is a vital industry for our local economy, and we want those who are a part of it to be able to work and live here, and not have to move away in order to pay their bills.”

“Film incentives from the state level, that’s where the real meaty incentives were,” North Miami City Manager Larry Spring told the Herald. “We wanted to come up with something to help the production companies at least a little bit.”

“We talked with the [film] community about what we can do at the local level now, on a really quick basis, that might not solve all of these problems, but will make a very impactful statement about the city of Miami Beach wanting to bring this back as a revenue stream and as a major contributing industry,” Eva Silverstein, director of tourism for Miami Beach, told the Herald.