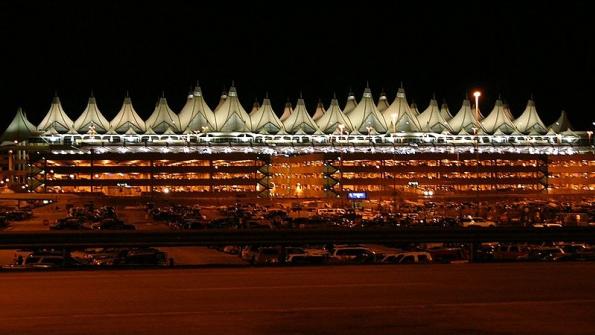 A redeye Denver city council session led to the approval of a $1.8 billion contract to transform Denver International Airport.

A redeye Denver city council session led to the approval of a $1.8 billion contract to transform Denver International Airport.

The contract, approved just after 1:00 a.m. on Aug. 15, marks Denver’s first major public-private partnership for a city-owned building, the Denver Post reports. The plan, which primarily concerns the airport’s Jeppesen Terminal, will expand the airport to accommodate 80 million passengers per year.

“Although DEN remains the country’s youngest commercial airport, no one could have predicted how security and technology would fundamentally change the aviation industry and passenger processing over the last two decades,” Kim Day, CEO of the airport, told AviationPros. “By investing in this project, we will prepare DEN for the future: enhancing security, increasing capacity, updating aging systems and elevating the overall passenger experience.”

Major construction actions to be taken include modernizing and relocating security checkpoints, renovating ticket areas and building a new welcome atrium, according to Construction Dive. Escalators, elevators and restrooms will also be added.

The partnership also entails Madrid-based Ferrovial Airports taking over management from the city for 34 years, the Post reports. Ferrovial is part of an international conglomerate and it manages Heathrow Airport in London. The city however, will still own the airport, per CBS Denver.

The partnership didn’t receive unanimous approval or praise. Debbie Ortega, at-large Denver city council member, voted no on the measure. “I don’t have that comfort level that some of my colleagues do, in terms of where this deal is at. And I appreciate the work that everybody has put into it,” she said, per the Post.

The project, which will use no taxpayer dollars, is expected to be completed by 2021, according to KDVR. The project is also estimated to create 400 to 450 construction jobs and 800 permanent jobs. Additionally, it’s expected to generate an extra $3.5 million in yearly taxes and general fund revenue for Denver.

“Denver is becoming a global city and we must continue to invest in an airport that matches that status,” Denver Mayor Michael Hancock said, per KDVR. “This project represents what Denver has long excelled at — preparing our city for the future.”