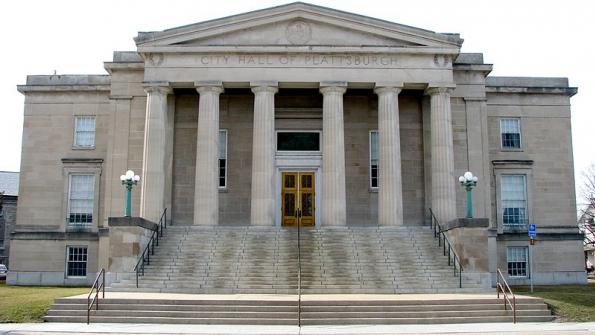 Four city departments in Plattsburgh, N.Y. will be eliminated to lessen the city’s financial strain.

Four city departments in Plattsburgh, N.Y., will be eliminated to lessen the city’s financial strain.

On July 27, the Plattsburgh Common Council voted to abolish the departments of human resources, IT, recreation and engineering to save the city about $961,000, according to the Press Republican. The city needs to cut about $1.4 million in this year’s budget to be solvent.

“I think you did a disservice to this city, but I respect your right to do it. I’d like to say thank you to my colleagues. I’m privileged to work with these people,” City Engineer Kevin Farrington said after the vote, according to North Country Public Radio.

The council unanimously agreed to eliminate Plattsburgh’s human resources department, according to Plattsburgh TV station WPTV. However, Mayor Colin Read had to cast tie-breaking votes to eliminate the city’s engineering, recreation and IT departments. In total, the meeting lasted fur hours and 21 minutes, according to the Press Republican.

A previous report from the New York Fiscal Restructuring Board for Local Governments had recommended that the city conflated services with Clinton County to alleviate its fiscal stress, the Press Republican reports. It also recommended heavy spending cuts.

The city has lost about $850,000 in annual revenue due to its agreement with Saran Power Partners expiring, and it’s dealt with a fund-balance loss of over $6 million since 2013, the Press Republican reports.

Following the July 27 vote, the eliminated departments will be absorbed into remaining city services, but four department heads will lose their jobs, NCPR reports.

"It's been a pretty good run," city recreation superintendent Steve Peters said, per WPTV. "This was my heart and soul. I really cared a lot about this city."