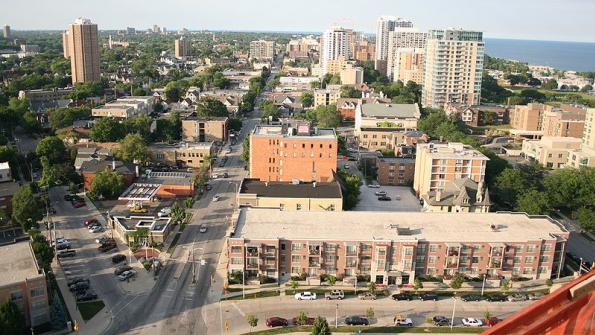 Report: Milwaukee is sole midwestern city of its size with property tax as only form of local taxation

A new report from the Public Policy Forum shows that Brew City has a rather unique financial structure compared to cities of similar sizes.

A new report from the Public Policy Forum shows that Brew City has a rather unique financial structure compared to cities of similar sizes.

The report, “On the Money? On the Money? The City of Milwaukee's Uncommon Revenue Structure and How it Compares to Peer Cities,” found that Wisconsin is the only Midwestern state that only allows cities to have property taxes as the major form of local taxation, according to the Milwaukee Journal Sentinel. Moreover, it’s one of the only states whose largest municipality — Milwaukee in this case — has the same tax structure that other cities in the state have.

"We are not unique in terms of state government wanting to place significant restrictions on the ability of local governments to use various revenue tools," Public Policy Forum President Rob Henken told the Journal Sentinel. "But what stood out is the extent to which we are different in terms of not allowing flexibility to our state's largest city."

The report compares Milwaukee to 38 cities of similar sizes. Among its findings were that 30 of the 39 cities have a general sales tax, while the other eight cities obtain large amounts of revenue from other forms of taxation besides the property tax.

Local sales tax are the most popular second tax for those cities — on average, those cities obtain 29 percent of their revenue from such taxes, according to Urban Milwaukee.

Several cities have sales taxes and other forms of tax revenues that apply to people who don’t necessarily live in the respective cities, Urban Milwaukee reports. For example, people who work inside Cleveland but live outside of the city are estimated to pay about 87 percent of the city’s local income tax.

"When you think of the tens of thousands of people who are in the city of Milwaukee every year – non-resident commuters, visitors, people coming here to do business, people coming here for entertainment and special events – those are all individuals who are using city services, yet there is no form of taxation in which they are actually contributing to their use of those services," Henken told WUWM.

Officials call Milwaukee’s revenue system inadequate and outdated, the Journal Sentinel reports. The model has led to hardships such as funding public safety.

"Under the current revenue structure it simply is broken, and so we have to find a way to get additional dollars to maintain our police department strength. And I'm not even talking about a major expansion or a major hiring, I'm talking about maintaining our current strength of our police department,” Mayor Tom Barrett told Milwaukee TV station WDJT.

However, Barrett is hopeful that the report will help Milwaukee’s cause in building a better financial structure for the future.

"We have been talking to the state about, 'Look, if you're not going to increase our shared revenue, we have this problem going forward that this current revenue menu is not sustainable,' " Barrett told the Journal Sentinel. "We've been making that case, and I frankly feel that this is strong outside validation that we're correct in what we're saying."