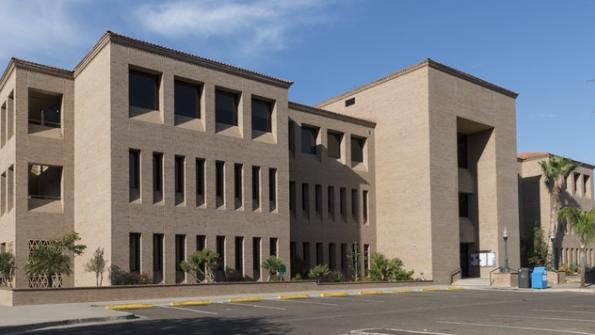 Texas has one more visible critic of its new senate bill that targets sanctuary cities and immigrants.

Texas has one more vocal critic of its new senate bill that targets sanctuary cities and immigrants.

On July 17, Laredo, Texas city council voted unanimously to join a lawsuit that a growing list of city and county plaintiffs are pursuing against the Texas government, LMT Online reports.

"I think as leaders of this community we cannot stand by with this law in effect," Laredo Councilor Roberto Balli said at the discussion, per LMT Online. "We need to take a stand.”

The lawsuit stems from Texas’ Senate Bill 4, which would permit local law enforcement to question the immigration status of arrested or detained persons, according to the Dallas Morning News. The law would also punish city and county governments as well as universities that don’t comply with or enforce it. Such institutions could be fined up to $25,000 per violation per day.

"Citizens expect law enforcement officers to enforce the law, and citizens deserve lawbreakers to face legal consequences," Abbott said in a YouTube video upon signing the law in early May, per NPR. "Texans expect us to keep them safe and that is exactly what we are going to do by me signing this law.”

One day after Abbott signed the bill, El Cenizo, Texas, as well as Maverick and Bexar Counties filed a lawsuit in federal court in San Antonio, according to the Tribune. The lawsuit argues that the state government cannot “commandeer” local authorities to enforce federal law, NPR reports.

Since the legal challenge was filed, several Texas cities and counties have joined the lawsuit. El Paso, Dallas, Houston and Austin are among the larger cities that have voted to halt the legislation. While some cities don’t consider themselves “sanctuary cities,” they still take issue with some of the provisions of the new state law.

"We are not a sanctuary city," Dallas Mayor Mike Rawlings said in early June after announcing the city’s support of the lawsuit, per the DMN. "We live by the national laws, and now the question is who's boss in all this. And this is an unfunded mandate. They're telling us how our police officers should spend their time and not giving us any money to do that."

Unless a legal challenge halts the law, it will take effect on Sept. 1, according to the the Tribune.