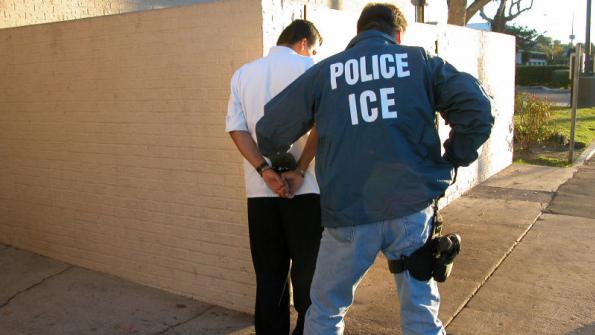 As the federal government cracks down on self-declared sanctuary cities' funding, some cities are pledging to help permanent residents achieve citizenship.

As the federal government cracks down on self-declared sanctuary cities' funding, some cities are pledging to help permanent residents achieve citizenship.

The House echoed President Donald Trump's rhetoric against illegal immigration on June 29 by passing the "No Sanctuary for Criminals Act," the Washington Post reports. The act prohibits sanctuary cities that defy federal immigration enforcement from receiving certain federal grants, while opening them to lawsuits from victims of illegal immigrant-committed crimes.

"By flagrantly disregarding the rule of law, sanctuary cities are putting lives at risk," House Speaker Paul Ryan said, per CNN Politics. "And we cannot tolerate that."

The act was passed concurrently with Kate's Law, which increases maximum crime penalties for undocumented immigrants that repeatedly enter the country after being deported, CNN reports.

Trump had previously issued an executive order in January that ordered funding to be diminished for local governments not complying with a statute requiring them to share information with immigration enforcement, Reuters reports. San Francisco and Santa Clara County, Calif. subsequently filed lawsuits, which contended that the executive order was unconstitutional.

In May, U.S. Attorney General jeff Sessions issued a memo asking U.S. District Judge William Orrick to reconsider a previous injunction against the order, the Associated Press and Reuters report. On July 12 however, Orrick III said he was “very much inclined” to maintain the injunction, according to Reuters.

On July 4, 21 cities announced their pledge to assist 1 million eligible legal permanent residents in the naturalization process in fiscal year 2017 in the Naturalize NOW initiative, according to a news release from the coalition.

“By assisting eligible legal permanent residents through the process of becoming U.S. citizens, we embrace the diversity and innovation which has made this country home to so many,” the coalition said in a news release. “It is a beautiful thing when legal permanent residents who are eligible chose to apply, pay a fee, go through a security  background check, study English, U.S. history,  and government, take a written and oral exam in English, and then raise their right hand and pledge allegiance to the U.S. Constitution.”